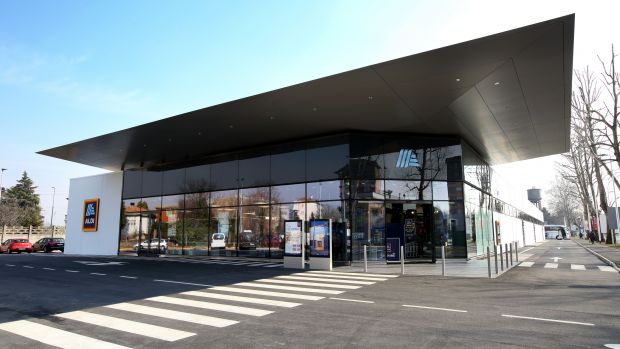 Photo: Hofer
The store in Castellanza, north of Milan, lets in plenty of daylight through its glassed front.

Germany-based Aldi Süd has now detailed its market entry in Italy and is to open its first ten stores on 1 March in the northern regions of Emilia-Romagna, Friuli- Venezia Giulia, Lombardy, Trentino-Alto Adige and Veneto. These are then to be followed by at least another 35 before the end of 2018. On its homepage, the retailer is also advertising its interest in plots suitable for sales areas between 1,000 and 1,500 sq m in northern Italy, stretching as far south as the region of Tuscany.

The Austria-based Aldi Süd division Hofer, responsible for the new market, has significantly adapted the concept to the Italian market by offering a modern, convenient and pleasant shopping experience. The already demoed store in Castellanza, north of Milan, has a large glass façade, wide aisles, inspiring signage and several wooden elements. According to Lebensmittel Zeitung, Aldi will offer 1,900 SKUs on average. Private label is to stand for 85% of the assortment. A special focus will be on Italian products claiming 75% of the entire range and over 80% of the around 100 fruit & vegetable items coming from domestic suppliers. 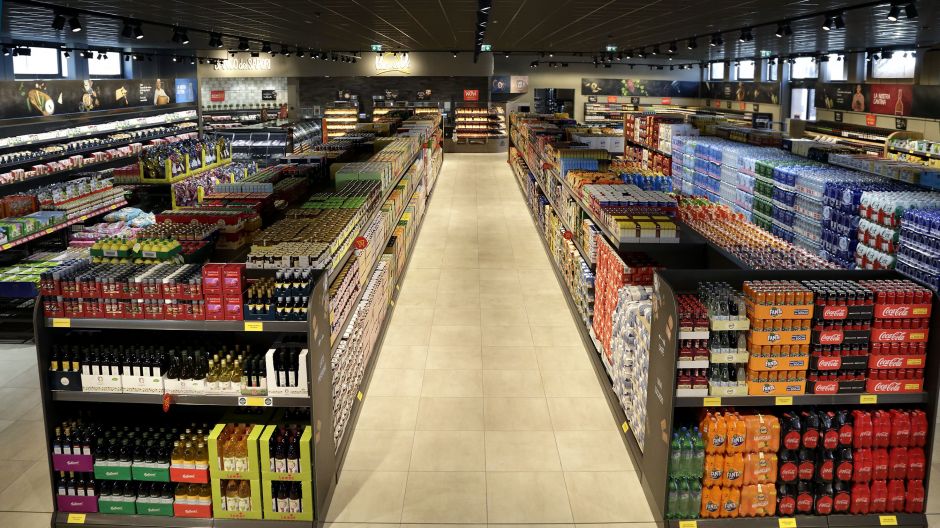 Hofer
The store in Castellanza has wide aisles and price promotions are communicated through red signage and shelf talkers. The antipasti department, in-store bakery and wide wine section are located in the back of the store.

The store in Castellanza has a bakery with a wide offer of fresh bread, an antipasti section as well as dedicated shelves designed to show off its special interest labels like Natura Felice for organic products and Regione Che Vai for regional food.

It’s very clear that Aldi has done its research and intends to provide a very relevant concept from the get go. The SKU count of 1,900 is higher than in any of the retailer’s other European markets where it typically reaches up to 1,400 items. This – along with the large sales area, the Italian focussed assortment and intensified promotional activity – shows that it’s very aware of domestic demands as well as the competition it faces. Both, discount market leader Eurospin and second placed Lidl, are deeply rooted in the country and Aldi's Italian stores resemble their new and converted stores. Also, discounters like Eurospin, MD and Penny are adding typical supermarket elements like instore butchers, as well as fresh fish, meat and deli counters in their new stores which gives an idea of what Aldi is up against.

Opening 45 stores in the first year is wise and it would make sense for Aldi Süd to keep up this expansion pace in order to quickly reach brand awareness and economies of scale. Further, it needs to quickly claim potential retail plots, as many discounters have expansion plans, primarily in the north. MD has an ambitious store opening programme, Leader Price is expected to launch in the north in Q2 this year and Pam is continuing the roll-out of its discount banner In’s Mercato there. At the same time, Eurospin and Lidl are continuing their expansion, albeit expectedly at a slower pace than in the past. Eurospin CEO Romano Mion told Italian retail magazine Food that he sees the coverage of the Italian hard discounter in its home market as close to complete which signals the fact that Aldi will often have to face other discounters in its catchment areas. 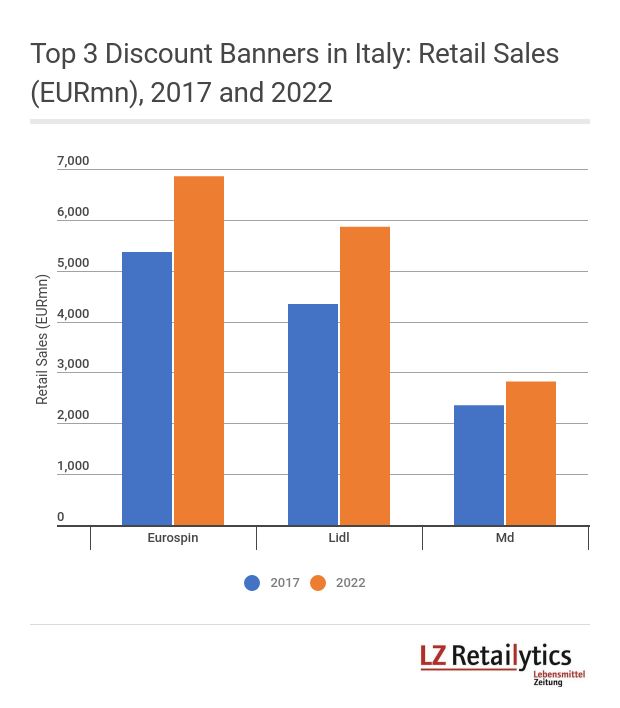 LZ Retailytics
LZ Retailytics forecasts a continued significant growth of the top three discounters in Italy in the next five years even if store openings are slowing down compared to recent years.

Even so, we believe Aldi with its experience and massive international presence has a lot to gain in the fast-growing Italian discount channel. Its readiness to adapt is a positive sign and entering as a blank slate in Italy with a modern concept is a USP. Main competitors Eurospin and Lidl still have to work hard to change the established public opinion of them as hard discounters even though they have started to follow the path of supermarketisation.

Gain access to more insights and data about the Italian discount channel and more than 1,000 other banners in the 40 countries of Europe by subscribing to our retail intelligence platform. Sign up for a free trial here.