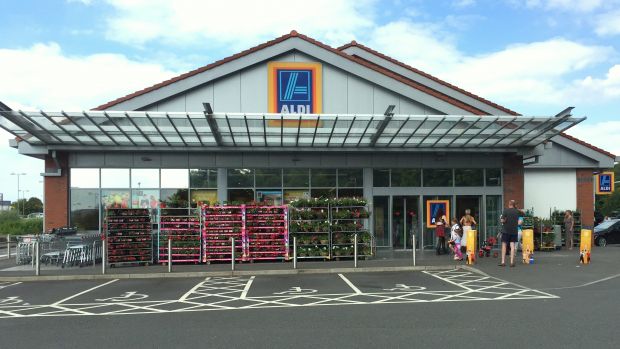 Photo: LZ Retailytics
As Aldi continues its assault on the market, it is being met by growing competition as the Big Four fight back.

Aldi recorded a 17% fall in profit at its businesses in the UK and Ireland last year, despite accelerating revenues. The German discounter’s sales jumped 13.5% in 2016 to reach GBP8.74bn (EUR10.67bn). However, operating profit fell to GBP211.3m (EUR257.85mn) on “continued investment in prices and infrastructure”.

CEO Matthew Barnes pointed to a strong upward trend in revenues, thanks to the “hundreds of thousands” of shoppers that continued to switch to shopping with the discounter. He said, “We’re doing everything we can to insulate shoppers from those cost increases, making sure our prices are the lowest in the UK, every day of the year.”

Aldi UK
Aldi's 2016 results as published by the retailer

The German discounters are continuing their assault on the grocery market in the UK and Ireland and reshaping shopper expectations, largely successfully as shown by Aldi’s jump in revenue last year. Price, convenience and value for money all remain major factor in shoppers’ buying decisions and Aldi claims that more than half of all UK households now shop with the discounter.

Yet at the same time the UK retail landscape has never been more competitive than it is at present. There are higher costs for retailers. Price wars are raging among the Big Four in response to the discount threat. Last week even upscale Waitrose reduced the price of its Essentials private label line. In this environment every retailer, including the discounters themselves, is having to absorb costs and invest in lower prices to retain shopper loyalty.

Despite this, the UK is a market in which Aldi is continuing to invest. Last year the company spent more than GBP450m (EUR549.13mn) on store improvements as part of its “Project Refresh” initiative as well as in expansion of its store network, which has now reached 726 outlets. A further GBP457mn (EUR557.67mn) of capital expenditure is earmarked for the UK next year.There are 23 more stores planned between now and the end of 2017 and 70 new stores set to open in 2018. Aldi has invested to improve the price and quality of its products and more than a third of its product range was overhauled last year. Best performing products were from its Specially Selected premium quality line, sales of which have risen 40% so far this year. Aldi now sources 77% of products from UK suppliers.

According to LZ Retailytics, Aldi is currently the sixth largest grocery retailer in the UK, with more than 4.7% market share. As it continues its rapid expansion, we anticipate that by 2022 it will have overtaken the Co-operative Group to reach fifth position and a share of around 5.9% of the market. Yet the next few years may not be quite as easy for the discounter as previously, since every UK retailer appears to have now adopted a discount mentality and it stands to come up against increased competition from a resurgent Big Four as well as new competitors including Amazon.