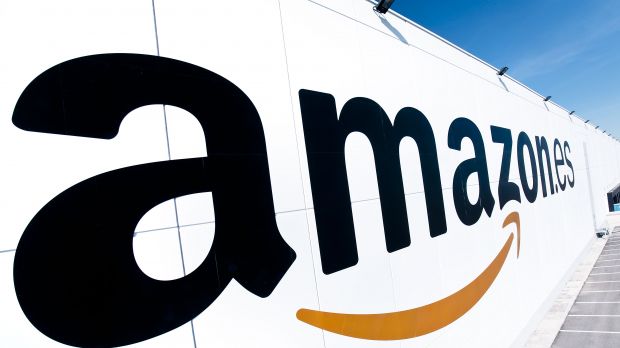 Photo: Amazon
Amazon in Spain has shown significant recent development. Additional capacity will allow the retailer to add new product categories and match its delivery speeds to those of its larger markets.

Amazon has announced that it will create 900 jobs with the opening of a new fulfilment centre in Illescas next autumn. The 100,000 sq m distribution facility located in Central Spain just south of Madrid will form part of the Amazon European Logistics Network, made up of 30 Amazon centres in seven countries.

The new facility adds to Amazon’s expansion plans for Spain, which is a relatively new market for the online retailer. Later this year the company is due to open two further fulfilment centres in the Barcelona region, located in El Prat and Martorelles. It already operates a logistics centre in Fernando de Henares (Madrid), a dedicated Amazon Pantry distribution facility in Castellbisbal (Barcelona) and recently opened two urban logistics centres in Madrid and Barcelona to support its Amazon Prime Now rapid delivery service.

Time for Others to Invest Too?

Spain is a market with significant online growth potential. As Amazon continues to grow logistics capacity worldwide, this move in its smallest European market is both sensible and significant. Currently Amazon is the fourth largest online retailer in Spain according to LZ Retailytics figures, but it is set to become #2 behind El Corte Ingles by 2022 and its growth is accelerating.

Despite a relatively slow start, Amazon in Spain has shown significant recent development. Its assortment is expanding and now includes categories such as fashion and grocery (in beta). Amazon Premium has been renamed to Prime in line with other markets and offers additions such as cloud storage and Amazon Video services. Amazon Pantry was introduced last October, Subscribe & Save went live in February. In the urban centres of Madrid and Barcelona Prime Now is also available, supporting customers with 1-2hr rapid delivery of essential items including grocery and health & beauty.

However, in order to continue its expansion path, capacity is needed to support faster deliveries (currently amazon.es deliveries to its Prime customers take 2-3 days compared to one day in other markets). With more distribution centres Amazon can also grow its product assortment and increase service revenue by providing capacity to marketplace sellers through its Fulfilled by Amazon (FBA) programme. And the company is taking its investment seriously. The logistics centre opening in El Prat this October will be equipped with Amazon Robotics, the third market in Europe to leverage this former Kiva technology.

As Amazon expands within Spain, the only thing holding it back currently is shopper readiness to leverage the online channel. None of the top grocery retailers has yet developed a general merchandise platform to compete with Amazon, as is the case with Casino’s Cdiscount in France or Ahold’s Bol.com in Benelux. Most Spanish retailers remain focused on their core business of groceries, although most are beginning to recognise the need for investment. Recently Mercadona admitted that online improvements are needed and a relaunch of its site is planned in 2018. Dia has aspirations to grow its online sales in Spain to EUR120mn by 2020 and is rolling out services to major cities and nearby provinces. Dia is also partnering directly with Amazon to bring its groceries to Madrid and Barcelona through Prime Now.

Spain may be Amazon’s smallest European online market at present, but with this investment it is set to grow significantly over the next few years. Now could be the time for other retailers to prepare and invest too.