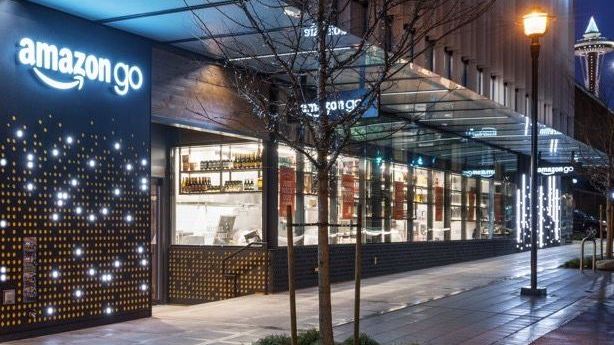 Photo: Amazon
Amazon's pilot store in Seattle opened at the end of last month. As more cities are set to follow, could London be a suitable overseas location?

Amazon is reportedly set to open up to six more Amazon Go stores this year. Seattle and Los Angeles are among the target cities for the 'just walk out' convenience stores, according to US tech and business news site Recode, citing 'insider sources'. These additions follow the successful opening of the first pilot store in Seattle at the end of January, after 12 months of testing.

Amazon declined to comment on speculation but it is reported that the retailer has held talks with property owners in both cities.

The opening of the Amazon Go store in Seattle at the end of last month has forced the rest of the industry to sit up and consider the future of instore technology and its role in improving the instore experience. The ability to pick items off the shelf and walk out with no need to queue introduces the ultimate convenience, particularly in the proximity and food-to-go sector and we can expect the resetting of shopper expectations as a result.

Amazon's 'Just Walk Out Technology' is the result of five years of development and a lengthy trial period, so it is of course natural that more Amazon Go stores will open. The retailer will want to leverage its investment – and it is unlikely to stop with the US market. The most likely locations will be urban centres where the 167 sq m stores can generate sufficient footfall, particularly during lunchtime for its fresh food-to-go assortment, which is prepared onsite.

Although the six stores set to open this year are likely to be located in the US, from an international perspective we would suggest that London also makes a great location for a potential store. Amazon's second largest international market, the UK saw revenues jump 24.9% in local currency last year and the Amazon Go trademark was registered last May. The city was the first outside the US to introduce Amazon Fresh in June 2016; the Amazon Treasure Truck appeared last year; and the city also boasts seven Whole Foods stores. The convenience sector is growing strongly and an innovative concept such as Amazon Go could expect strong footfall. It may not happen this year, but we would suggest that it could prove a great international pilot within the next 12-18 months. After that it is only a matter of time before the concept pops up in other European cities and also potentially in Japan, Amazon's third largest international market. 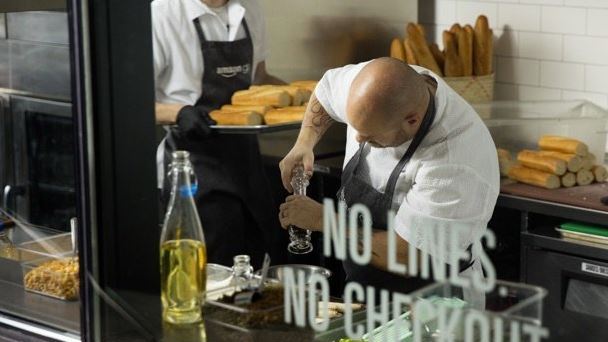 Amazon
Amazon Go employs workers to prepare fresh food in its food-to-go kitchens. There are also store greeters and an ID checker. The focus is on service and convenience. A further rollout is likely to put pressure on retailers to take a look at their own instore experiences.
The implications for other retailers of Amazon Go rolling out will be the resetting of shopper expectations and disruption to the physical store. We can expect to see more retailers investing in innovative instore technology to improve the store experience. However, like self-checkouts and scanners these will not appeal to all shoppers and the focus is initially likely to be on smaller stores in busy locations, rather than full-range supermarkets. The Amazon Go concept avoids unnecessary queueing and allows for fewer staff instore. However, despite the absence of checkout staff, Amazon Go employs a store greeter, an ID checker for BWS and several workers in the food-to-go kitchen at its Seattle store.

Finally, the benefit to Amazon once it establishes the technology for its own use, is that it could potentially license its Just Walk Out Technology to other retailers. This could prove a lucrative additional source of revenue, much like its proprietary AWS cloud technology, which has grown to now account for 10% of company revenue.
Topics: Amazon