Asda Revenues Edge Up in Q4 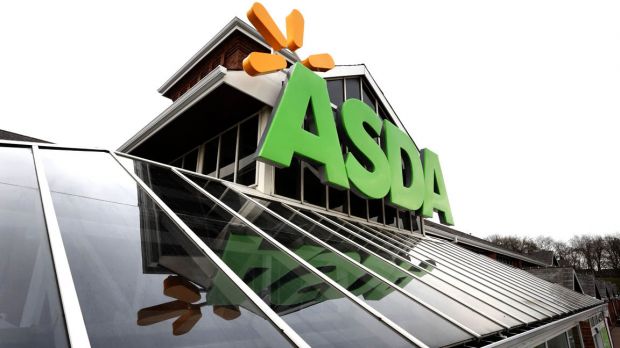 Asda has revealed that like-for-like sales edged up by 0.5% in the fourth quarter of 2017, marking its third consecutive quarter of growth. However, this was a decrease in momentum compared to LFLs of 1.8% in Q3 and 1.1% in Q2. Total net sales rose 2% as the retailer invested in its value proposition and strengthened its private label and online grocery operations. Asda claimed to be the only retailer among the Big Four to retain its market position in December, in a market characterised by  tough competition from the German discounters and corresponding price pressure.

Admitting that there was still work to do on its turnaround in the UK, Walmart Chief Financial Officer, Brett Biggs said. “Turning to the UK…net sales increased 2.0% and comp sales grew 0.5%. We continue to make progress in this business, and we need to do even more to further enhance the value proposition.”

How to Do “Even More”

Walmart has admitted that the company “needs to do even more” to make progress in the UK. So what has been done and what can the company still do? 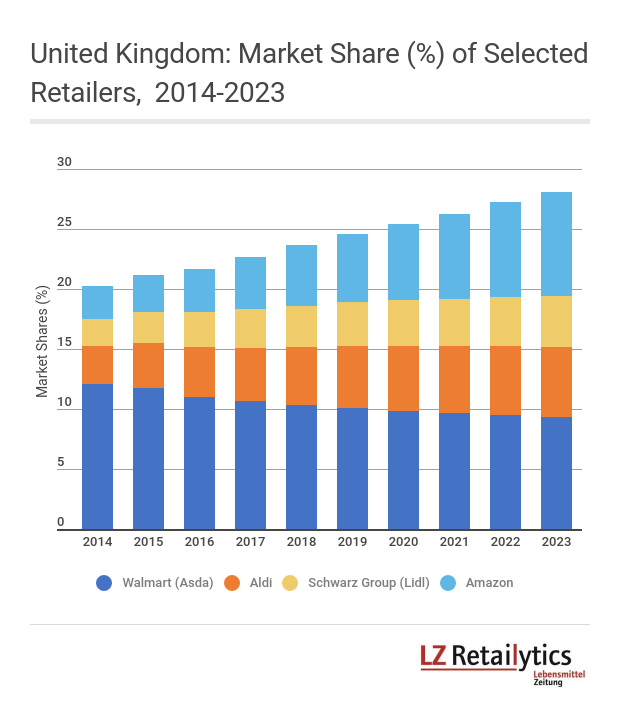 LZ Retailytics
Asda's challenge, and to a lesser extent that of the other Big Four retailers, is that it is being squeezed by the growing discounters and Amazon's online dominance

The UK market has been a difficult one for Asda over the past couple of years. The retailer has always differentiated on its EDLP price positioning, but with the rise of the discounters and its Big Four competitors also focusing on lower pricing, this message has been much more difficult to convey and less compelling as a reason to shop with the retailer. Along with its peers, Asda has come under pressure to reduce overheads and in December announced that it was in consultation with 800 workers at its stores as it looked to reduce some store management positions.

In a bid to sharpen its price positioning on everyday essentials, Asda is introducing a new “Rolled back, Staying back” price promise. This communicates clearly to customers. Also in support of this, other price promotions in its stores are now to run for longer (six weeks rather than three) in a bid to avoid fluctuation and improve shopper price perception.

In line with the rest of the market, Asda is investing in its private label lines. The company has worked on product innovation and catered to the rising demand for food-to-go, healthy, vegan and free-from lines. Asda’s CEO Roger Burnley, who took the helm at the beginning of this year, claims that Asda’s vegan mince pies drove over 348,000 new customers to its stores in December. This was a glimmer of good news for Asda amidst mixed Christmas trading for the UK grocers. Known as a highly regarded ‘people person’, Burnley is somone that can drive and rebuild better relationships with suppliers to build on its efforts to date in private label and differentiation. Nonetheless, the fall in Asda’s like-for-like momentum in the fourth quarter versus Q2 and Q3 demonstrates that more work here is needed, as it appears to be keeping up with rather than moving ahead of its peers in this space.

A key area where Asda has always been seen as a leader for innovation is within the online channel. Across the UK nationwide home delivery and same-day click & collect services are offered at 650 stores and remote locations. Over the past couple of years investment in new online innovation has been reined in by the company and innovation and talent exported to the US in its battle against Amazon, but in our opinion there are opportunities here for Asda to play to its strengths and really leverage its online capability as a weapon and point of differentiation against the discounters. Asda cited the “strengthening” of online grocery in the UK in its results statement, although no further details were given.

In the US last year Walmart focused on improvements to instore efficiency and remodelled stores as it increased its focus on price positioning. It is likely to continue to follow the same strategy in the UK, where increased investment and a strong positioning that goes beyond price would be welcome in this period of unprecedented change.