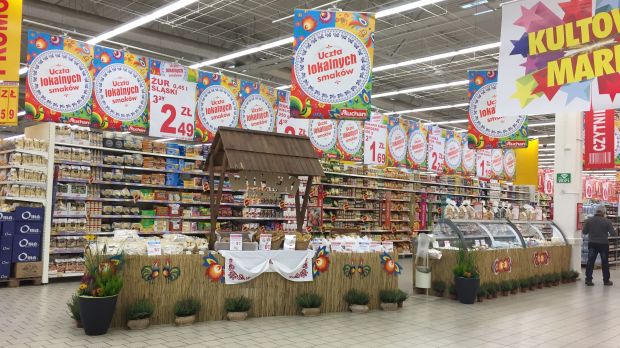 Auchan’s current promotional activity is a clear message that hypermarkets are not yet doomed. By capitalising on its big box expertise – choice, freshness and regionalisation – the French retailer is able to differentiate itself from the discounters and proximity supermarkets. Offering more than 500 national and local brands at one time vividly illustrates competence and furthers local integration, neither of which can be replicated on this scale by smaller formats. Additionally, promoting fresh items from well-known regional suppliers known for their quality assortment meets local tastes, increases traffic, and might also transfer associated trust and patriotic goodwill to the retailer's brand.

At the same time Auchan can leverage the in-out promotion as a means to explore standard range expansions. If sustained, the latter would increase footfall, whilst also allowing the French retailer to act as a supporter of smaller domestic producers – a trend becoming increasingly relevant in a retail environment marked by rising patriotic awareness.

Incidentally, the big box operator has not lost the no-frills low-price orientation typical for its Eastern European concept. While the customer is greeted by regional products at the store entrance, the second topical placement features ‘everything for 1 PLN’ price promotions and bulk offers. 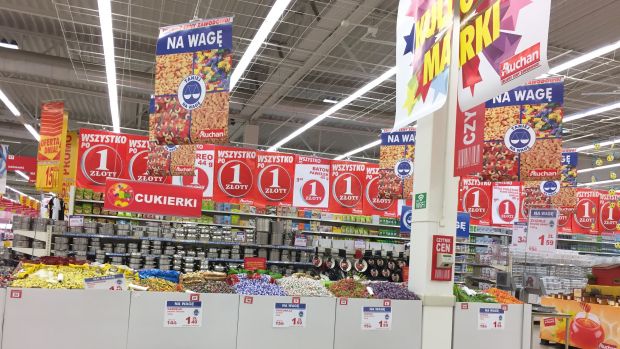