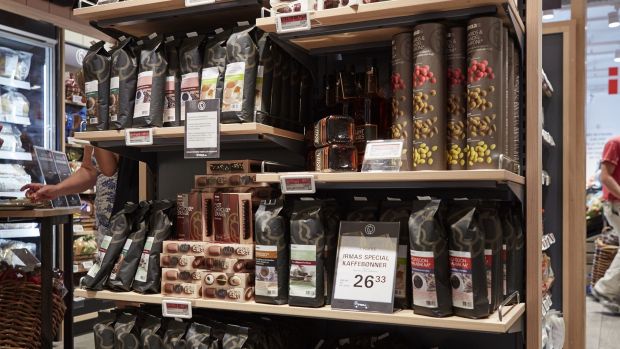 Photo: Coop Danmark
Irma coffee and chocolate are among the categories to be sold in the initial phase on Kaola.com.

Coop Danmark has signed an agreement with one of China’s largest e-commerce platforms Kaola/Netease to sell its Irma private labels. Initially, starting in October, the online assortment will comprise coffee, chocolate, preserves, personal care and children’s clothing under the upmarket supermarket banner’s label. The exported assortment will be gradually expanded and will primarily focus on organic and environmentally labelled groceries.

According to Danish newspaper, Berlingske Business this is part of an initiative from the Chinese company to invest EUR3bn in listing more than 2,000 European brands on its platform. Jens Visholm, Concern Director at Coop, told the paper he expects the Irma products to generate a DKK three-digit million figure turnover within the first 18 months on Kaola.com.

Irma Could Stand Out

Private label exports to high demand markets like China presents western retailers with an excellent opportunity to boost their turnover beyond existing markets, with comparatively low risk. This explains why so many have done it before Coop Danmark. So far, Alibaba’s Tmall has been the most popular channel, welcoming retailers like Colruyt, Sainsbury’s, Aldi, Rossmann, dm, Waitrose, Lidl and Marks & Spencer to its fold. However, players like Conad and Coop Italia have used other online channels to enter the market.

With a growing Chinese middle class and its increasing demand for quality and safety assured products it makes sense for retailers to at least try their luck in China. On the other hand, competition will be fiercer than they are used to, with a huge number of SKUs fighting for a spot in the limelight. Products will have to offer something special in order to stand out, which is why we believe Irma might stand a good chance. The banner has impeccable quality assurance routines for its private labels and offers several regional and domestic specialties. It’s no wonder even the Japanese department store Isetan decided to list 24 of the supermarket’s private label SKUs back in 2015.