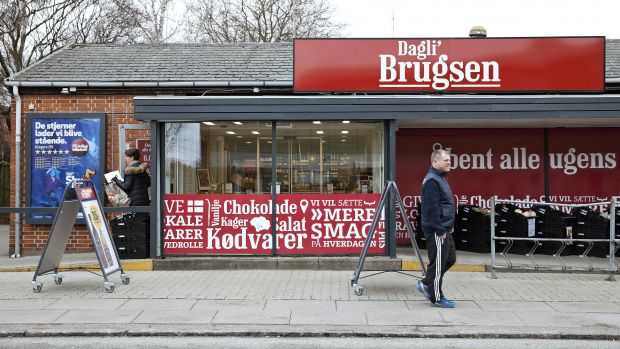 Coop Danmark is to start testing an unmanned store concept early next year, writes Danish Magazine, Berlingske Business. The Danish grocery leader then plans to carry out a pilot in a Daglibrugsen neighbourhood store in Sengeløse, a small town west of Copenhagen. The concept will be based on the retailer’s Bip&Betal (Scan and Pay) smartphone app, which will be used to open and lock the store door, according to the retailer’s CEO, Peter Høgsted.

The unmanned stores could be a way of saving ailing neighbourhood stores in villages and small towns, Jesper Andersen, Chain Director for Lokalbrugsen and Dagli'brugsen said. The proposal would be to keep stores open 24 hours a day, manned during regular hours and unmanned during the night, according to the Danish radio channel DR.

DR went on to report that Coop Danmark will make all its ca. 1,200 stores compatible with its new Bip&Betal app over the next 18 months. Høgsted told Berlingske Business that if Coop could get 25% of its shoppers to scan and pay themselves, a significant amount of salary expenses could be saved and redirected towards other projects.

The Foundation is There

Coop Danmark has already made the progressive decision to roll-out its scan and pay app with dedicated check-outs in all its stores. This means that the first step towards operating unmanned stores will already be crossed off the list. The key outstanding problem to be solved would be shrinkage, which the retailer plans to address through the described locking exit door. Furthermore, the app being linked to the loyalty programme should also strongly discourage any theft.

LZ Retailytics forecasts that Coop Danmark’s neighbourhood store banners Dagli’brugsen and Lokalbrugsen will see sales decrease from EUR1.067bn to 1.015bn in 2017-2022, with an estimated 30 store closures over the period. We believe that the proposed measures to increase the service and convenience of these stores will somewhat offset the general negative trend of urbanisation on the channel.

Still, we wonder how common night-time grocery shopping in unmanned stores in Danish villages and towns will be. It’s worth a try, especially given that mobile scanning is already in place, but we feel it is more likely be more successful in larger cities with greater potential footfall. When it comes to Coop Danmark’s general commitment to self-scanning, we are impressed and think it could be a loyalty-generating differentiator, especially in the retailer’s convenience focussed Fakta discount stores.