Costco Opens its Doors in France 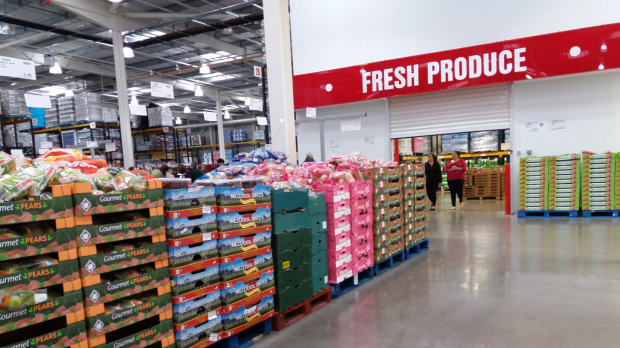 Photo: LZ Retailytics
The first Costco store in France opened in Villebon-sur-Yvette, near Paris.
Costco opened its first store in France yesterday, in a south-western suburb of Paris. Sized at nearly 14,000 sq m, the no-frills warehouse lists a reduced assortment of 3,800 SKUs, ensuring extraordinary product visibility. The proposition is largely centred around bulk sizes and changing special buy items displayed on pallets, both food and non-food and including high-end items. As a membership wholesaler, French shoppers need to become a Costco member to shop at the store. Annual membership is priced at EUR36, although as an incentive the retailer is offering a special EUR10 fee to its first 30,000 members.

France Is Not the UK

Interesting times in retail. As Lidl puzzles Americans on one side of the Atlantic, French consumers are equally intrigued by Costco. The question in the mind of the industry is will it work? After all, the US wholesaler's success lays in its well-established format and processes, which leave relatively limited room for local adjustment - at least initially. Whilst bargains have universal appeal everywhere, including France, recurring concerns have been raised over non-translated imports, the lack of warehouse-club culture in France and the problematic storage of bulky, American-sized items.

Looking at the retailer's European presence to date, Costco has made a mark for itself in the UK. LZ Retailytics data shows that the retailer is in 16th position in the market ranking, with sales reaching EUR2.79bn in 2016. But can the UK be looked upon as a template for European expansion? It surely seems so (for Costco management at least), which has forecast 15 active stores in France within ten years, same pace as on the other side of the Channel.

Although we feel that speculating on French consumer acceptance is a bit premature, it appears that Spain may be more comparable in terms of shopping habits and give a glimpse into Costco's future in France. While Costco's average sales per new warehouse reached ca. USD83mn (EUR75mn) worldwide during the 2015 period, in Spain Costco Wholesale reached sales of less than EUR26mn for the whole year. This is quite a gap, even when considering that the second store opened at the end of 2015.

Since then the Spanish operation has been in need of funding. The third store planned in the Madrid region was delayed by several months due to red tape. This is a situation to be expected in France as well, since competitors are likely to attempt to throw a spanner in the works. Interestingly enough, Spain posed another oddity for Costco: non-food outperformed fresh food, which may be a problem to drive trip frequency. It will be interesting to see if the same occurs in France, potentially impacting negatively membership renewals.

So how will it work out in the end? We believe Costco has a long term plan and a solid proposition. We feel it may just be a matter of time and adjustment for Costco to make its mark in the French retail landscape, very much like hard discounters had to gain local shoppers' acceptance in their early days. Incidentally, this was also the market in which Lidl chose to announce that it no longer wished to be a discounter. Story to be continued….
Topics: Costco