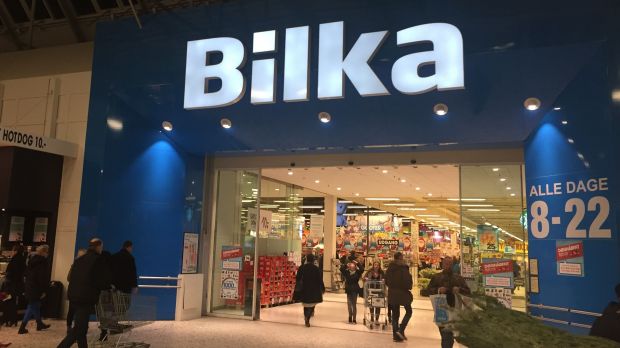 Dansk Supermarked is piloting a grocery click & collect service called Bilka To Go in its home market of Denmark. Kenneth Nielsen, Executive Vice President, E-commerce & Digital at Dansk Supermarked told the newspaper Berlingske Business that the trial is so far limited to the retailer’s employees. He sees it as likely that the service will open to customers in the first stores later this summer.

A Cost and Shopper Focused Solution

By offering click & collect, Dansk Supermarked will be able keep its Bilka hypermarkets in line with Danish shoppers’ increasing preference for convenience.  Afraid to lose shoppers to grocery delivery services such as those of Coop Danmark, pureplayers like Nemlig and the many convenience stores in the country, this was a very logical move for Dansk Supermarked.

Bilka to Go, if rolled out fully, will also be the first grocery click & collect service established by the main Danish grocers. To date Coop Danmark only offers home delivery as a fulfillment method. The former model should suit Dansk Supermarked better as it has long shown its unwillingness to lose money on last mile deliveries.

And it should suit Danish shoppers as well. With a consolidated market and a store always around the corner, it’s not generally getting to the store that is the problem – it’s the time spent in there. Bilka, despite its relatively low number of stores, has a presence in or close to most large Danish cities. This, along with its wide assortment are clear advantages for attracting a large shopper base.  Also the banner already offers non-food pick-up, which means that regular customers are already used to the model.

Bilka To Go would definitely have the potential to keep Dansk Supermarked’s hypermarkets relevant and even win shoppers over from competing big box chains such as Coop’s Kvickly. On the other hand, it may only be a matter of time before the latter launches its own click & collect service considering the highly competitive retail landscape.