The Dutch Spar division has launched a new e-commerce site which is more user-friendly and available for all mobile devices, according to a press release. The retailer now also offers same-day delivery for customer orders placed before 10am. Orders are picked and fulfilled by the selected store. 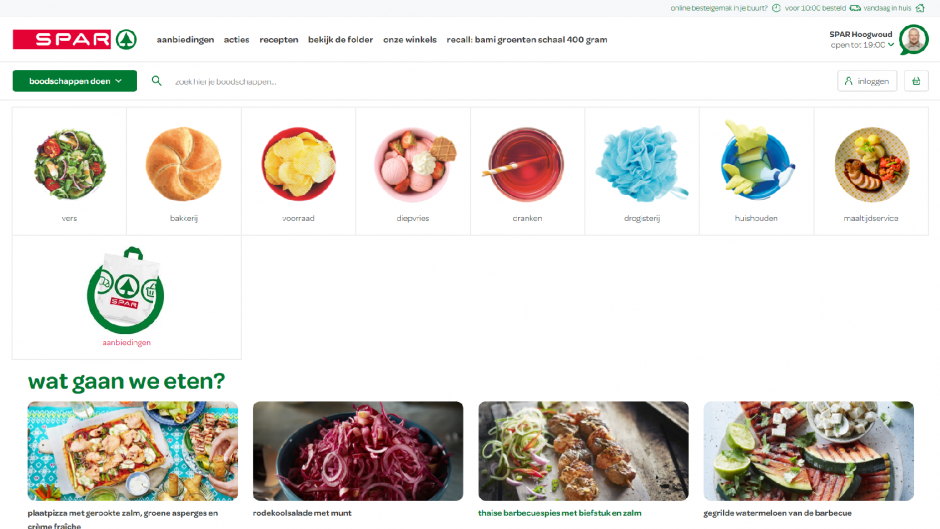 Spar NL
Spar’s local approach can now be seen online. Once the delivery address is entered, a picture of the store owner at the relevant store is shown.

Grocery E-Commerce Speeds Up in the Netherlands

The news here is not that Spar launched a new online platform – the news is that the retailer now offers same-day delivery which is a new concept in the Dutch retail landscape. What makes this even more interesting is the fact that all of Spar’s stores are run by independents. And all of Spar’s around 250 stores provide home delivery.

For a retailer that only runs centrally managed stores, it is already a challenge to offer grocery e-commerce in terms of logistics and profitability. However, imagine you have to convince every single shop owner of the advantages of an online shop to offer it on a large scale. Spar obviously was very successful as every one of them jumped on the bandwagon. This however also means that the customers only can order from the assortment the selected store has to offer, as orders are picked instore. Additionally, instore picking can cause problems when customers are also shopping there, not only by irritating shoppers but also by impacting instore availability of popular products. Instore picking is definitely a challenge for the retailer’s real-time inventory.

Spar is not the only Dutch retailer that has successfully managed to convince independents to embrace its online concept. The number two in the market, Jumbo, is expanding the reach of its online service – not only in company-owned stores but also at the independent ones. LZ Retailytics data shows that in 2016 the retailer had an online turnover of nearly EUR100mn, up 78% from 2015. Spar’s turnover is comparatively small, at only EUR7mn in 2016. As Jumbo is continuously rolling out its online shop to more stores as well as adding a second dedicated distribution centre in 2018, it is likely that Spar will not be able to catch up with Jumbo in the near future – not to mention Ahold Delhaize with its online grocery turnover of EUR222 mn. The Dutch leader was a first mover, operating its online shop since 2001 when other retailers had not even considered this opportunity.

Nevertheless, we think that this is a remarkable achievement for Spar. When looking at other countries, e.g. Germany, other retailers have had a problem so far with getting their network of independents under one roof. In addition to Bringmeister, the centrally managed online shop it acquired from Tengelmann, German independent conglomerate Edeka operates multiple online shops – if the shop owners offer grocery e-commerce at all. Particularly for this player, it would be worth looking to its Dutch neighbours for inspiration on how to organise a national online platform combining the local touch and individual assortment of its independent shopkeepers. Offering same-day delivery might also become more important now as Amazon Fresh has entered the German market, providing same-day delivery as a game changer. Spar’s concept could provide some ideas on how to compete with this disruptor in the world of online grocery retail.