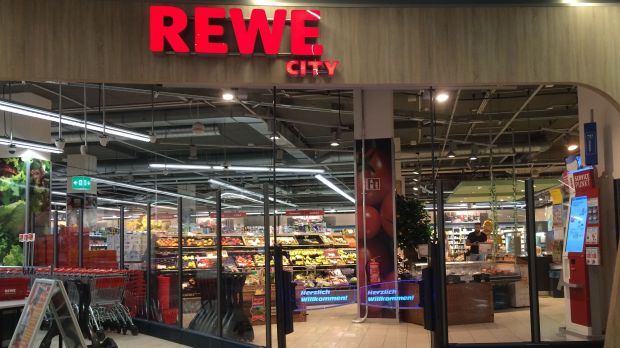 Two of Germany’s leading grocers have provided an update on their current expansion plans. Edeka, the number one in the market, said it is investing EUR1.9bn this year in its German infrastructure. Meanwhile, number three player Rewe Group reiterated that it is ploughing EUR1.7bn into its bricks-and-mortar network across all of its European markets; of which EUR900mn will flow into the German business. In total, Rewe Group wants to open 250 new Rewe and Penny stores in its home market, in addition to 200 outlets abroad. The roll-out of the Rewe To Go convenience and forecourt concept, in co-operation with BP’s Aral petrol stations, will also be a focus.

Edeka stresses that for its standard supermarkets it is looking for sales areas greater than 1,500 sq m, while smaller footprints will be acceptable in densely populated areas. For its Netto Marken-Discount banner, Edeka is on the watch for sites with sales areas between 800 and 1,200 sq m. Edeka also referenced its plans for a drugstore concept, to be developed with Hamburg’s Budni, but without providing further details. It also plans to roll out the new Edeka Xpress small store concept as it has completed the conversion of all Tengelmann and Kaiser’s stores.

Rewe Group stresses that it is moving back into urban areas again with its repositioned Penny discounter banner, as well as specifically developing its Rewe City and Rewe To Go concepts.

Attempting to outdo each other, the announcements from Edeka and Rewe Group come on the occasion of the real estate fair Expo Real in Munich; and of course they are intended to underline the professionalism and power of each retailer in order to attract the interest of developers, constructors and investors. This environment may excuse the fact that e-commerce is virtually absent from the plans announced here – with both retailers expanding as if no Amazon Fresh & co. existed. This is not quite true for Rewe Group – the Cologne-based retailer mentions in its statement that it has emerged as the leading e-commerce provider in German grocery retail; adding that stationary and online retail are meant to complement each other. According to LZ Retailytics data, gross sales for Rewe’s home delivery service will jump from EUR118mn in 2016 to EUR383mn in 2021, after all.

The internet has destroyed large parts of the non-food retail business in inner cities; and is continuing to do so. Of course, the food retailers are trying to escape the same fate, albeit not really escaping, but by shaping the future of food retail. This includes introducing their own e-commerce activities that, given how costly they can be, constitute a night flight into the dark for all participants. Even more than that, by using their original strength – their established store networks, their physical closeness to shoppers – they try to create a shopping atmosphere that a flat screen cannot provide, even if you plug in 3D glasses. The taste, the feel, the smell, the other people, the atmosphere, the service, the 360-degree ‘world of goods’ that surrounds you.

Of course, Amazon and others are working on replicating these components and they do a fantastic job in inventing new features. But still, there is a long way to go to replace all aspects of a physical environment. There are a lot of independent shopkeepers, for example from Edeka, who are very creative when it comes to unique features and services; and their flagship stores are regularly celebrated by the industry and hyped by food papers and retail specialists.

That said, there is a danger in getting lost. Frankly, a lot of these elements sound more like gimmicks than offering genuine added value. Shop owners implement them simply because they can, not because they make sense. And the prouder they are of them, the more one should question their raison d’être. Despite all their attempts to emotionalise the shopping trip, retailers should not forget that many customers simply want to grab their groceries and head for the check-out. It might sound delusional, but it’s true. If this does not work, they are lost to the internet.