Edeka's Netto Gets Beefed up 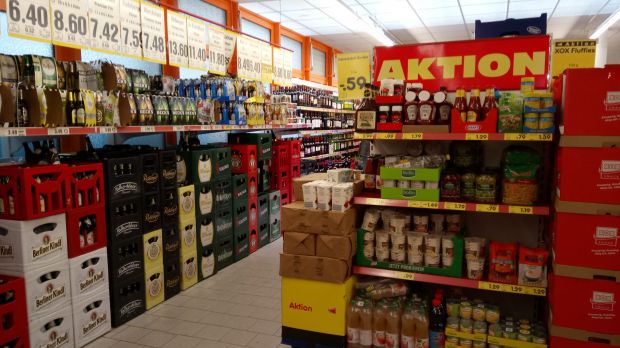 Photo: LZ Retailytics
The orange window frames in this fairly impressive Netto store are lasting evidence of its past as a Plus outlet ten years ago.

German market-leading grocer Edeka has announced a five-year plan to upgrade its Netto Marken-Discount store network. Lebensmittel Zeitung reports that EUR100mn will go into the refurbishment of approximately 500 stores annually, of its total network of 4,170 outlets. This is nearly half of its annual net income of EUR230 million, according to the paper.

All major discount competitors, including Aldi Nord and Süd, Lidl and Rewe Group’s Penny have been investing heavily in upgrading their stores recently, a move that Netto Marken-Discount does not want to fall behind.

It's not the Look

EUR100mn per year does not sound like a big spending spree – certainly not by Lidl’s standards, nor measured by a total network of more than 4,000 outlets. Well, Lidl plays in another league and remarkably it has only recently put the brakes on in terms of its store investments, after Schwarz Group’s CEO Klaus Gehrig ridiculed the spacious ‘glass palaces’ that Europe’s biggest discounter has been building recently. Too costly, too much unused space “and every square centimetre of shelf space counts for us”, he told Spiegel magazine.

Lidl has the luxury of potential over-investment, which nevertheless puts enormous pressure on its discount peers. But does Netto Marken-Discount have an issue with under-investment? Partly yes, but only as far as it relates to its older locations – namely those 2,300 Plus stores that it once took over from Tengelmann. Nearly ten years after the acquisition, many of these Netto outlets still feature the orange cash desks typical of Plus, that achingly clash with Netto’s own yellow and red corporate colours.

Netto’s main issue lies in the under-sizing of these stores. With a range of 4,000 SKUs (that was reduced to 3,500 several years ago, only to grow again), the productivity aspirations of a discounter can hardly be improved. As Lidl has proven, with larger stores, you sell more goods, even if the range has not grown. Of course, Edeka is trying to drive Netto’s average store size from around 750 to 1,000 square metres in the medium term.

This isn’t a big problem out of town. However this will not work without giving up popular city-centre locations – and competing for larger ones with far more solvent discount and supermarket giants. This has always been one of Netto Marken-Discount’s (previously Plus’s) USPs: to be an affordable place to shop in the very heart of the conurbations, such as the Rhine/Ruhr area, or in central Berlin.

If it doesn’t want to lose that USP, it should do all it can to keep these precious central locations, ideally while developing ways to extend its sales areas, of course. Cleanliness is a given, whether it invests millions in nicer-looking stores is secondary. Netto’s shoppers still come for the proximity, not for the look.