Eroski: Light at the End of the Tunnel? 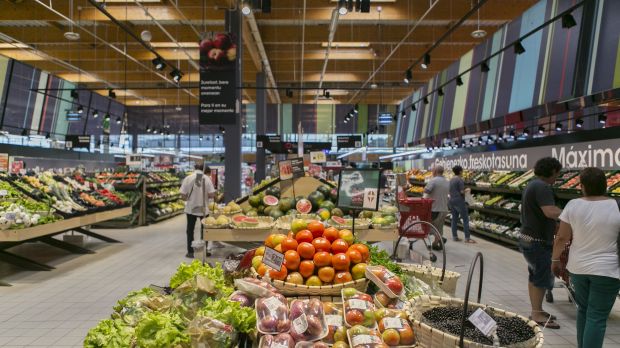 Photo: Eroski
In 2016, Eroski added 173 stores to its network under the latest "Contigo" concept.
Spanish cooperative Eroski's president Agustín Markaide gave some insight into its soon-to-be-published 2016 financial results, Expansión financial newspaper reports. It appears that Eroski's 2013-2016 strategy centered around divestments and the restructuring of its supermarket network has delivered the desired impact. Markaide revealed that sales have risen slightly and pre-tax profit is back in the black following four years of losses. The retailer also reports a signficant reduction of its debt.

Looking forward to its roadmap for 2017-2020, Eroski is aiming to further reduce its debt to EUR1.6bn by 2019, which it expects to achieve through anticipated improvements to EBITDA and sales increases of around 4% annually over the period. This brighter outlook should also give the retailer some breathing space to resume investment, with capex soaring 35% to EUR100-120mn.

On its Feet, but Convalescent

We feel the main message behind this anticipated announcement is for the industry to know that Eroski is back in the game. With the figures to be published later this month, it is difficult to nuance the statements but we acknowledge that Eroski's drastic efforts must have paid off. After all, reduction of its debt was an absolute priority, as it reached some EUR2.7bn in 2015 (vs. a turnover slightly over EUR6bn).

Even so, we did not expect Eroski to bounce back as early as 2016. While back on its feet, we believe Eroski will adopt a conservative posture over the next year. Divestments have reduced its scope and volumes. To remain price competitive while protecting its bottom line, the retailer will be relying on its buying alliances — whether through European buying group Alidis or with Spanish retailer Dia.

The retailer will recentre on its stronghold of northern Spain, within the more affluent regions of Catalonia, Navarra and the Basque Country, while relying on franchise operations in the rest of the country. Meanwhile, Eroski is also committed to the further roll-out of its latest "Contigo" (with you) concept, with 79 stores to be updated in 2017.  Eroski may indeed benefit from an eased economic outlook and self-help improvement measures, but we feel the announced 4% annual sales growth to be a little optimistic, LZ Retailytics anticipating instead 3.3% over the period 2017-2020.