Esselunga Going to The Stock Exchange 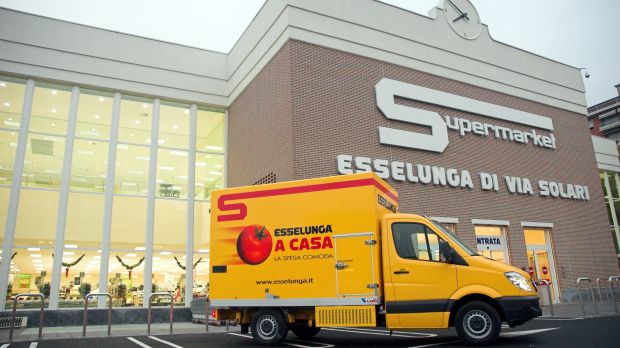 Italy’s third largest grocer Esselunga plans to be listed on the Milan stock exchange. According to the German newspaper Lebensmittel Zeitung, the aim to make around 30% of the family owned company available to investors was approved at board level earlier this week.

However, there are a couple of prerequisites for this scenario to play out as intended. Firstly, majority shareholders Marina Sylvia and Giuliana Albera (the youngest daughter and the second wife of recently deceased co-founder Bernardo Caprotti) will buy out the remaining shares in the real estate company Villata Partecipazioni. These comprise 45% held by the children from Caprotti’s first marriage; Giuseppe and Violetta. Secondly, the 30% stock of the latter in Esselunga holding company, Supermercati Italiani will also be bought out. The merged company will then be partially listed, with 2020 as the reported target to be ready.

Esselunga plans to invest EUR1.8bn between now and 2020, which will be targeted at developing its e-commerce channel, finishing the new distribution centre in Brescia and further expanding its store network, according to Italian newspaper Distribuzione Moderna. To date, there are five new store openings planned in Varese, Verona, Bergamo, Novara, Livorno.

The National Dream Could Become a Reality

Although a complete sell-off still shouldn’t be completely ruled out seeing as that was Bernardo Caprotti’s original wish, it now seems most likely that the stock exchange is the set path ahead for Esselunga.

A public listing would be the next step to facilitate Esselunga in expanding past its comfort zone of Northern Italy. The added capital from investors in exchange for 30% of the company could help the retailer make a giant leap towards its dream of national coverage. And the stock price should be valued very highly, considering the company’s growth potential. With sales per sq m of EUR15,600 its superstores and supermarkets sport the highest sales density in the country according to LZ Retailytics figures and also among the highest in Europe. It would be a shame to not try and replicate that success nationwide and there should be many interested parties wanting to capitalise from such a venture.

But it would be no small task. Immense investments would be needed in new distribution centres, marketing and region tailored assortments. Much of Esselunga’s success is due to its progressively and carefully constructed brand image in Milan and Northern Italy. Its standardisation strategy would also be rendered less effective further south as the retail landscape there is completely different. On the other hand, the retailer did a good job of addressing this fact in its hypermarket opened in Rome earlier this year.

The new distribution centre in Genoa signals a continued focus on Northern Italy going forward and all disclosed store openings are also located in regions where it already has a presence. With this in mind, Esselunga is likely to put any massive southern adventure on hold until more capital becomes available, possibly then in 2020.