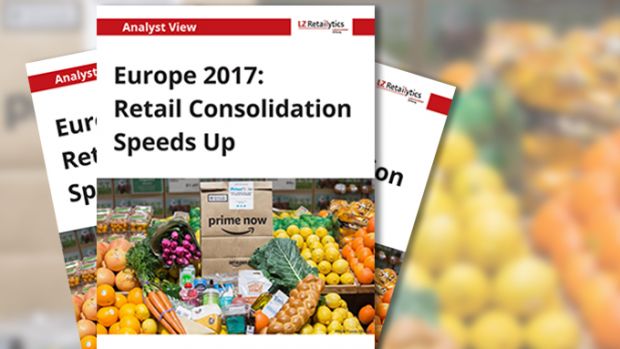 The European grocery retail market is consolidating fast. It is becoming increasingly clear that there is no stopping the price-aggressive retailers in general; and hard discounters in particular. They once again recorded the highest growth rates in 2017. Schwarz Group, the owner of Lidl, added a whopping EUR6bn to its coffers in 2017, more than any other retailer on the continent.

Nonetheless, suppliers need to keep looking sideways. Amazon and Russian heavyweight X5 Retail Group are both spurring stellar growth and will continue their ascent going forward.  Smaller retailers are failing to keep up, but the situation is more diverse than it appears. Some recorded double-digit growth – in both developing and mature markets – and could become lucrative targets for manufacturers going forward.