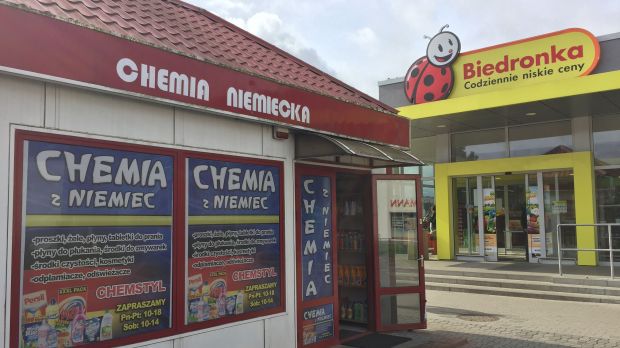 The European Commission has found more evidence on the alleged practice of dual food quality in Europe. Vera Jourova, EU commissioner for consumers, revealed in a press conference that the group of Central European states admonishing lower food quality for branded items in their countries has risen to six, including the Visegrad group of Poland, Czech Republic, Hungary and Slovakia; as well as Croatia and Bulgaria. President Jean-Claude Juncker addressed the topic in his State of the Union address, following which the European Commission has approved a budget of EUR2mn for developing a common testing methodology and supporting member states to establish the extent of disparities. The first results are expected at the beginning of 2018.

The implication – that Europe could be divided into first and second-class consumers – seems disturbing. However, we are aware that this topic may contain more political agitation than is visible on first sight. Many countries’ current governments such as in Poland and Hungary, do not hide their disapproval of foreign companies dominating the retail and FMCG sector; and want to protect national interests, while simultaneously fostering their political clientele. Also, the German food code might not be applicable in Poland and testing methods among the different member states are not yet completely aligned. No matter the result of the European Commission's investigation, food legislation and control methodology will converge. In the end, the winner will be the European consumer.

Taking a different perspective than the European Commission, the ramifications for brand manufacturers are substantial. A spot research conducted by LZ Retailytics in Poland and Germany shows that in the case of whole nut milk chocolate there seems to be a clear difference in ingredients for the two markets. The packaging of German-produced chocolate bars declares a minimum of 27% hazelnuts and 32% cocoa mass in the chocolate; while a branded item sold in Poland states 4 percentage points and 7 percentage points less of these ingredients, respectively. At the same time the discount private label product from Germany is sold for a price which is around 20% lower than the branded item.

LZ Retailytics
A spot research conducted for milk chocolate with whole nuts shows quality differences between products originating in Germany and produced for Poland.
In our isolated milk chocolate case, a branded product in Poland is sold with a supposedly lower content of hazelnuts and cocoa mass and at a higher price than the private label equivalent at German-origin discounters. Even if this difference is a by-product of economies-of-scale production in Germany, implications for brand reputation are substantial.

In addition to quantitative indicators, Lidl uses research by GfK to propagate the high customer acceptance of private labels ‘Bellarom’, ‘Pikok’, ‘Pilos’ and ‘Fin Carré’ brand. Incidentally the latter was compared on the title page of its leaflet in October 2016 with the ‘No.1 chocolate on the market’, which we therefore chose for the spot research.

In light of the facts described above, it also does not surprise us that Lidl has started printing ‘wyprodukowano w Niemczech’ (‘produced in Germany’) on the price labels of its W5 own brand detergents – so far only in small print. Many specialised stores in Poland still use this slogan to convince customers of product quality - thirteen years after joining the Single Market. Maybe there is more to this phenomenon than a temporary post-communist hype for Western products.