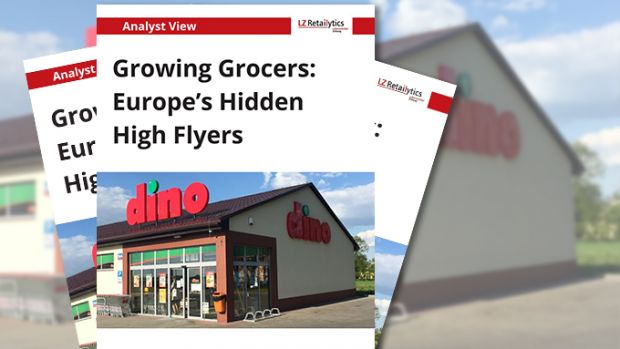 Photo: LZ
LZ Retailytics has identified ten small European grocers, outgrowing their much larger competitors.
Identifying which grocery retailer relationships to invest in doesn’t necessarily mean only going after the top players. Getting onto the shelves of smaller but rapidly growing retailers could prove both easier and lead to large sales volume growth in the medium term. Using LZ Retailytics’ report builder tool, we have identified ten European grocery retailers outside the top 40 ranking who are significantly outgrowing their much larger competitors.

In fact, this line-up of hidden gems scattered across Europe, are together forecasted to beat even the top ten grocers when it comes to grocery format growth rates and they leave the top 21-30 in the dust as far as sales gain is concerned.

All the retailers on the list are either format specialists or investing confidently in one single channel with a forecast high shopper demand in their respective markets. In a consolidated European grocery market, home to many pan-European giants, this could be an important lesson for us all.