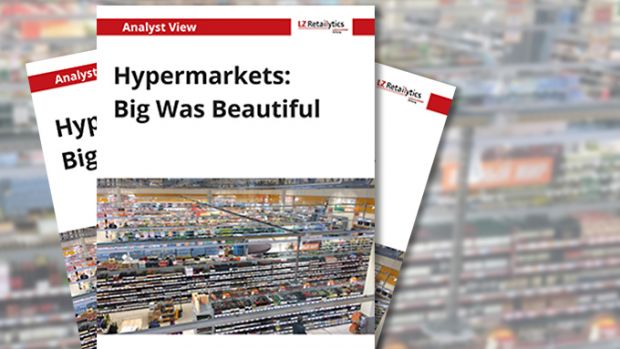 The hypermarket channel has received bad press over the past decade: stores that are too big; too remote; not competitive enough; and no longer in line with customers’ expectations. The channel undoubtedly faces strong headwinds, but the reality is more diverse than that.

LZ Retailytics forecasts provide evidence that hypermarkets represent the second largest modern grocery retail channel in Europe behind supermarkets; and will continue to grow by over 1% per annum over the next five years. Remarkably, Western Europe records the highest growth in absolute terms, but Eastern Europe outperforms in terms of growth rates, meaning that both regions present opportunities for FMCG suppliers.

The LZ Retailytics data reveals significant discrepancies across different geographies and retailers, but also between store concepts. The 7,000+ sq m larger hypermarkets have been hit particularly hard while superstores continue to grow. However, future market shares gains for the hypermarket channel will be more of an exception than the rule in Europe. In the context of such a negative outlook, consolidation becomes increasingly likely.