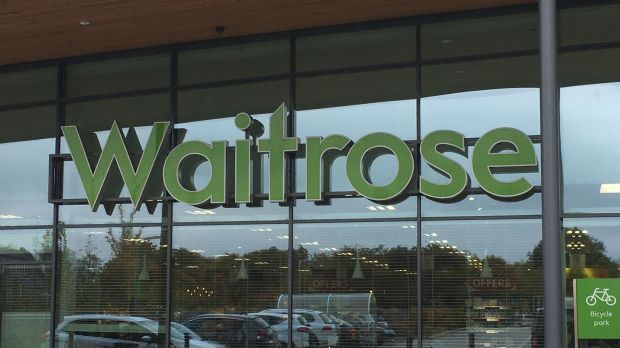 Photo: LZ Retailytics
Gross sales at both Waitrose and John Lewis increased by 2.3% in H1, whilst operating profit fell by 8.5% and 10.2% respectively.

John Lewis’ Chairman Charlie Mayfield has told the BBC that Britain needs a “serious parliamentary debate” on Brexit, as the partnership announced that profits at John Lewis and Waitrose halved during the first half of the year. In an interview with Radio 4, Mayfield underlined that the effects were “the same for everybody, and the main effects are sterling and confidence”.

Pre-tax profits for the partnership fell by 53% during the first six months of the year, despite a 2.3% increase in gross sales across its John Lewis and Waitrose banners.

The company said in a statement that business was affected by dampened customer demand and pressure on margins. Operating profit was up 10% at John Lewis but fell 18% at Waitrose, where it was held back by lower margin due to higher cost prices, very few of which it says were passed onto customers. 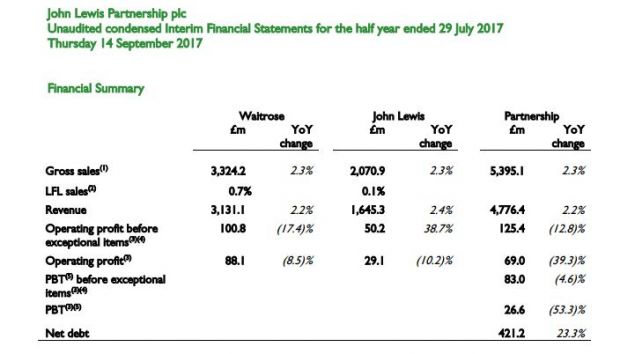 John Lewis has long been known as the bellwether of British retail. As a privately owned company it rarely speaks out, but when it does it is worth listening. The last time we heard anything similar from John Lewis was when former Managing Director Andy Street spoke out against Amazon’s tax status in 2016 and that caused intense debate and eventually change. Uncertainty over Brexit is causing the UK economy to come under intense pressure and, as Mayfield points out, “businesses never like uncertainty because it makes it hard to plan for the future”.

Whilst he makes a strong point that will rankle politicians, it is also fair to say that not all of the problems John Lewis faces in the market can be blamed on Brexit. The UK is currently going through a period of unprecedented and intense competition, where pressure from the expanding discounters, a resurgent Tesco and increasingly powerful Amazon are all having an impact. According to our LZ Retailytics data, Schwarz Group's Lidl overtook Waitrose in the grocery rankings this year, despite both retailers' revenues increasing.  How much Brexit alone is influencing these factors is a topic for debate, although of course its effects have an impact on shoppers’ outlook as well as their disposable income.

In order to remain competitive going forward, the John Lewis Partnership has made several changes to its structure over the past year. In Waitrose branches management numbers have been reduced and functions such as finance, HR and IT are now operated centrally across both divisions. These prudent, forward-focused changes also incurred costs, which has affected profit for the group this year. Another factor was staff pay, which the company needed to increase since not all employees were being remunerated in line with national minimum wage regulations. Yet another was its pension scheme.

The John Lewis Partnership is a retailer than plans meticulously ahead and strives to differentiate, earning strong loyalty from its shoppers. The group’s strategy recently has involved introducing stronger brands, including exclusive fashion partnerships at John Lewis and a relaunch of food to go and ready meals at Waitrose. In-store catering has also been a focus area. Yet, despite this the chain has needed to bow to price pressure in the market, as demonstrated by the announcement yesterday that it was making its essential Waitrose range even better value, by lowering the cost of hundreds of lines, from fresh produce to store cupboard staples. This will be welcomed by customers and drive volumes, but will not help with the margin pressures mentioned in the company’s results statement. 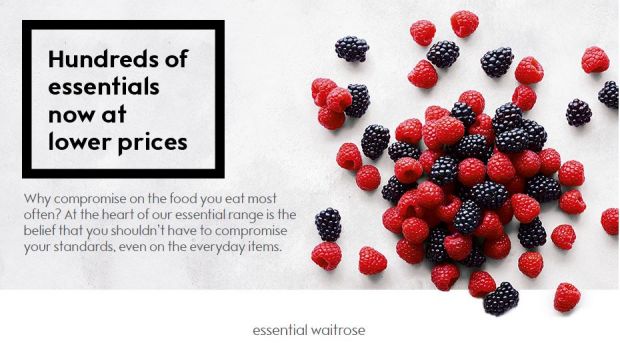 With his comments Charlie Mayfield has certainly lit the touchpaper for a much-needed debate on Brexit and the UK economy, which is likely to be lively and welcomed by other retailers and suppliers as they also try to plan ahead.