Kaufland Puts Online Shop Roll-Out on the Back Burner 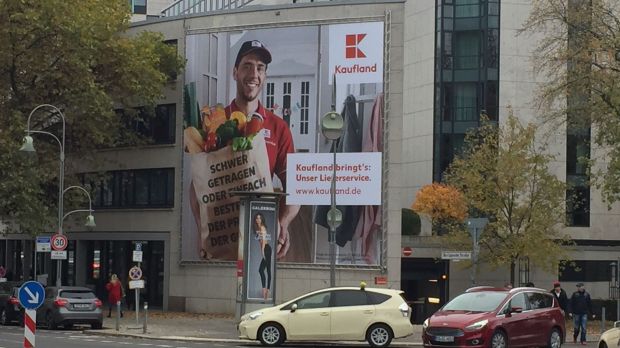 Photo: LZ Retailytics
Kaufland promoted the launch of its grocery online shop one year ago with huge posters across the city of Berlin.

Kaufland Germany has put the expansion of its grocery e-commerce operation on hold. According to newspaper Heilbronner Stimme quoting a company spokesperson, the Hamburg launch of the service that is already available in Berlin is to be postponed for an indefinite time.

Originally, the Schwarz Group banner intended to introduce its online shop in Hamburg several months ago. Instead, the company is reportedly now working on the efficiency of its delivery service in the German capital. Employees that have already been hired for the Hamburg venture will be transferred to other locations or will be offered “socially acceptable solutions”.

When the news broke that Kaufland was to play a role in the theatre of German grocery e-commerce, the industry could not help but be surprised. The big-box operator has been known for having core principles similar to sister company Lidl with regards to its focus on efficiency and price aggressiveness. Delivery of perishable goods seemed to be pretty much in contrast to this approach.

Nevertheless, a couple of months before Amazon Fresh was launched in Germany, Kaufland decided to test a similar concept in the very same city. Focus of the assortment was purely on grocery items. In contrast to competitors like Rewe, the products Kaufland offered online were at the same price level as instore. This might have helped the banner to maintain its image of being an affordable shopping destination but also has an impact on margins and cost structure. The fact that the roll-out of the concept was now been put on ice indicates that this remains a concern.

Kaufland is anything but an exception to the rule. All players experimenting with home delivery of groceries in Germany are still fishing in muddy waters. Real for instance shut down its Drive concept as well as home delivery just before Amazon Fresh was launched. The Metro AG banner is currently building up a new strategy from scratch, starting with a very limited home delivery service in Düsseldorf. Globus had to close its Drive facilities and put the roll-out of its omni-channel concept Fridel on hold. According to Lebensmittel Zeitung, the new management of German online food pioneer Rewe is currently carefully examining the costs associated with its home delivery service.

Edeka’s Bringmeister which is available in Berlin and Munich is currently moving forward testing same-day delivery and one-hour slots for a premium fee. It also expanded its offering, which now includes several of the German market leader’s economy private label items. These moves are more than likely to have a negative effect on profitability. Chance is high that Bringmeister will need to readjust its strategy soon in case Edeka has any other ambitions than being amongst the innovators of the channel, after being relatively late to the game.

In Berlin in particular, Amazon Fresh is putting all of the above-mentioned retailers further under pressure. The online giant automatically compares and adjusts its pricing, aiming to be at least as affordable as the most affordable competitor in the online market, Lebensmittel Zeitung investigated. This might be one of the reasons why Kaufland has now opted to take more time to examine the cost structure of its Berlin operation before it is to enter a second market where it would also have to compete with the US-based giant.

Despite the fact that profitability or more accurately the lack of it seems not to be a game changer for Amazon, it should be noted that even this experienced company is only moving forward in baby steps in the German grocery online market. Amazon Fresh launched in Berlin and Potsdam in May, expanded its service to Hamburg in July but is yet to launch the long-awaited service in Munich. Meanwhile it continues to shake up the grocery market by resetting shopper expectations and making every other retailer nervous in this market with high future online potential.