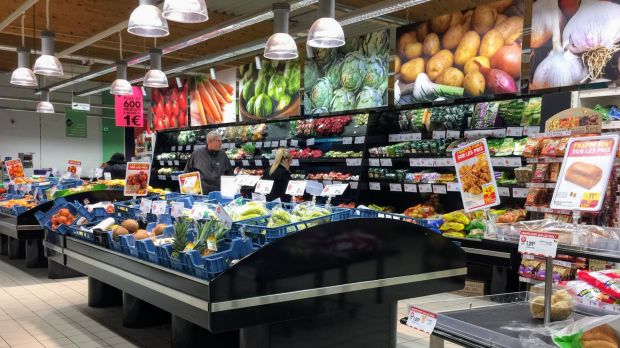 Leader Price discount stores will open in Italy, as the result of an agreement between Italian retailer Crai and French retailer Groupe Casino. The CEO of Leader Price Italy, Carlo Alberto Buttarelli, told the GDO Week trade newspaper that the first stores will open in Q2 2018 in the northern region of the country, namely Lombardia, Piemonte and Triveneto. This will be supported by a supply chain structure anchored in Milan. Further, around one third of the 3,000 SKU assortment will initially be imported from France.

The network will be run independently from the rest of Crai's operations, and only a limited number of Crai stores will be converted to the Leader Price banner. The retailer will replicate the standard concept of Leader Price's French stores, which are typically sized between 300 and 1,100 sq m. The ambient assortment is 80% composed of Leader Price private labels, complemented by around 150 branded items. Fresh produce is expected to account for 20-24% of sales. The retailer needs to demonstrate the success of the concept initially, but does not rule out opening the banner to franchisees in the future.

Crai has existing expertise in both franchising and proximity formats, which to our mind bodes well for the flexible Leader Price concept. The move by Crai to bring Groupe Casino's discount format to its home market, which has been in the pipeline since as long ago as 2016, appears to be a relevant one in line with the direction that the Italian market has been taking in recent years.

Italian shoppers have been – and remain – hesitant to start spending more on groceries, to the benefit of discounters Eurospin, Lidl and MD. These have grown rapidly in recent years and LZ Retailytics forecasts this trend to continue over the next five years. This is also the case for the discount banners of full-range grocers such as Pam, Finiper and Conad. Overall, most discount banners have invested in recent store expansion. The upcoming arrival of Aldi Süd, which is expected to open its first store in the country this week, will only add fuel to the fire.

With this as a backdrop it makes sense for Leader Price to quickly gain a footing in the market and take advantage of the growing preference for the discount format. Its flexible concept could attract not only current Crai affiliates, but also independent merchants interested in the franchise. However, competition will be tough as other discounters have a similar proximity focus and also operate on compact sales areas.

Further, when comparing sales densities of the Italian discount banners, it becomes obvious that the leaders are competing in a different league to the rest of the field. With the exception of U2 Supermercato with its successful mix of a supermarket feel and everyday low prices, Lidl and Eurospin are clearly the most productive banners.

This shows that its not simply a matter of throwing a discount banner at the market and expecting immediate success. Tuo got to experience this first hand. The retailer bet everything on the discount channel and consequently had to divest and keep several stores closed this year due to financial problems. In contrast, the Italian Leader Price proposition appears resilient, backed by the market knowledge of Crai and the concept expertise of Groupe Casino. 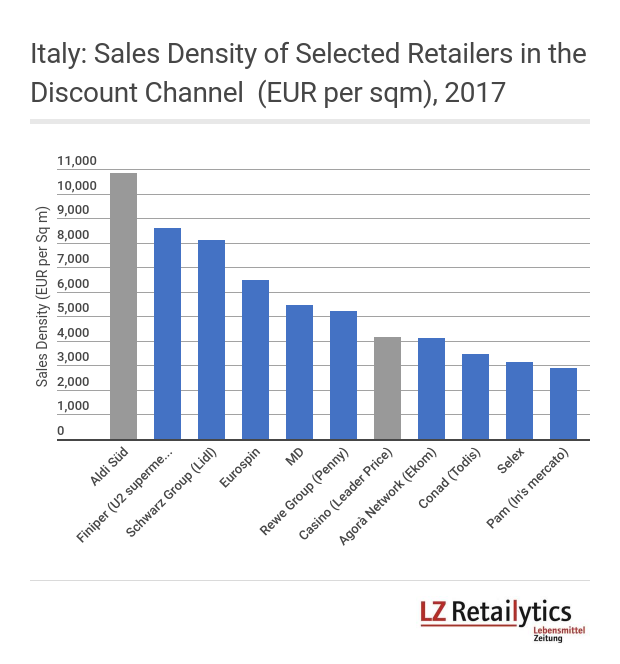 LZ Retailytics
The sales densities of Aldi Süd and Groupe Casino's Leader Price at European level are indicated as mere reference. They are expected to be initially lower in Italy than in their current markets.
Topics: Casino Crai