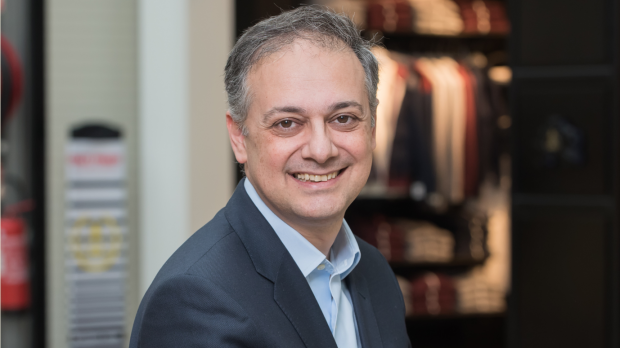 Photo: Auchan Retail
Ali Khosrovi has climbed up the corporate ladder during his 24 years to date at Auchan France.

Exactly two years after his appointment to lead the French retail operations, Patrick Espasa will now oversee Auchan Retail's partnerships globally. The CEO of Auchan Retail, Wilhelm Hubner stressed "His perfect knowledge of our business, his openness, his very high level of loyalty to the company and his ability to unite energies on a common project are the key factors in the success of the company and essential assets for this new mission entrusted to Patrick Espasa. He has already demonstrated this professionalism, notably in the quality of the follow-up of our partnership with Système U".

Espasa will now be handing the reins to his successor, Ali Khosrovi, who joined Auchan in 1993. Starting as a department manager, he took over the management of stores in the wider Paris area between 2006 and 2010, when he was appointed Chief Operating Officer for the same region. Two years later, he became Director of Development and New Concepts for Auchan France. Since 2014, he has been Managing Director of Auchan's real-estate division, Immochan, in France.

The move comes as relatively unexpected for multiple reasons. First, the timing. Patrick Espasa has been in his current role for exactly two years, significantly shorter than his predecessor’s longevity. Secondly, the motive that was given with the announcement. The retailer goes to great lengths to highlight the pivotal importance of partnerships and that they require attention.... but more than its own domestic – and largest – market?

Perhaps this assertion could hint that major partnerships are underway. Given Auchan's record of multiple buying alliances in France and Italy among others, with Metro Group globally, or more recently with Alibaba in China, the door is open to wild speculations. LZ Retailytics however would favour Auchan’s ongoing interest in international franchises as a means to boost volumes and establish a presence, potentially in Central Asia, or possibly Africa.

Even so, we cannot help thinking that the performance of the French operation may have also played a role in the decision. While the French retailer is sparingly publishing data, LZ Retailytics already pointed out the difficulties encountered by the French division. Several quarters into the major turnaround projects initiated, the retailer continued to post turnover down 0.7% during the first six months of this year. Recently, CEO of Auchan Retail, Wilhelm Hubner, had to dispel concerns about French hypermarkets closures. In this context, we feel Ali Khosrovi inherits a precarious situation and will need to complete the multiple projects which remain in progress.