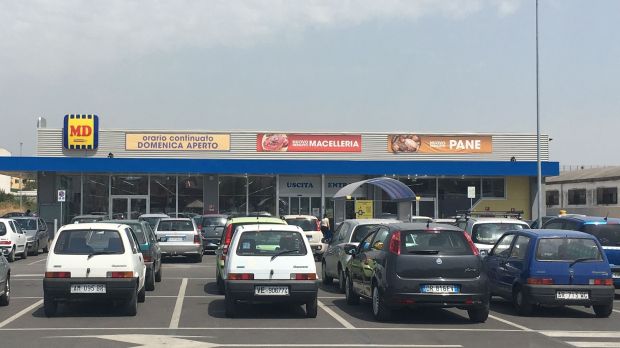 Photo: LZ Retailytics
MD stores typically have sales areas of around 600 sq m and offer around 2,000 SKUs in the form of private labels.

Italian discounter MD has disclosed a growth target of EUR800mn over the next four years, to be driven by store network expansion and refurbishments. The retailer will kick this off by opening 40 new stores this year, its CEO Patrizio Podini told Italian magazine GDO Week. Half of the stores will be located in the north of the country; and half in the south. The new national distribution hub in the Bergamo area will enable these expansion plans. Furthermore, MD plans to refurbish some 50 stores annually, with a budget of about EUR800,000 for each store.

Podini also told the magazine that further acquisitions are not a priority, following the retailer’s purchase of LD Market from Lombardini in 2013. Whilst he might expect a process of consolidation with new competitors Aldi and Leader Price entering the market, ensuring that MD’s store network is homogenous and modern is of higher importance to the retailer.

Patrizio Podini’s attention to detail and methodical mindset has been the foundation for the success of MD, founded by him 24 years ago. His company has spent the last couple of years focussing on achieving a good, resolute conversion of the acquired LD stores to the MD banner. That process was finished last year, leaving the retailer with a uniform, nationwide network of MD discount stores. Now, it’s time to focus on expansion again. Last year, Podini’s guideline was 30 new openings and a turnover of EUR2.3bn – and that was the exact result.

In other words, there’s no reason to doubt MD will indeed open 40 stores this year. Even so, LZ Retailytics forecasts that the retailer will not be able to deliver on its targeted annual growth of EUR200mn for each of the next four years. Part of the reason for this pessimism is the entry of Aldi and Leader Price into northern Italy, but also the  expansion plans of established discounters there. There’s reason to believe the north of the country will also be the focus for MD. It has a weaker presence there and its new DC in Bergamo gives further evidence of its ambitions in the region. This will make it difficult to maintain the required expansion rate of 30-40 stores per year, especially with MD now aiming for sales areas of 1,000 sq m, which increasingly means going after similar locations to competitors including Eurospin, Lidl and Aldi. 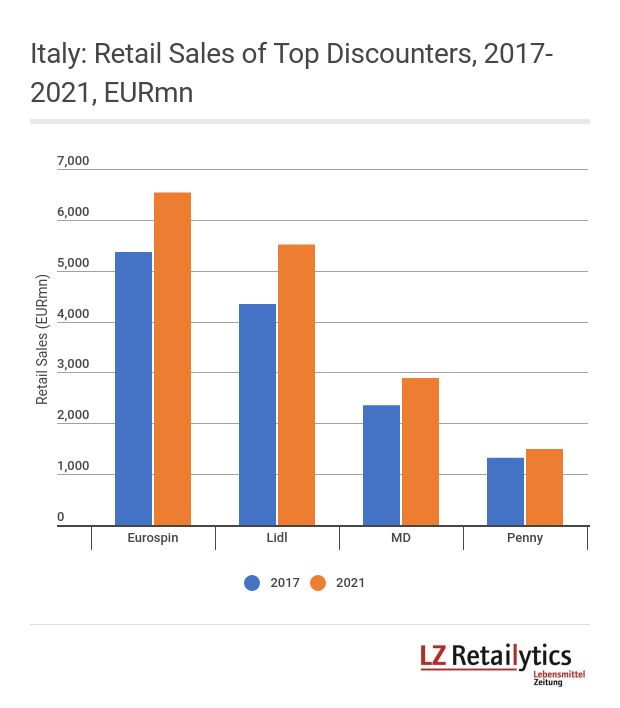 LZ Retailytics
LZ Retailytics forecasts a strong sales growth for all of the top three discounters in Italy, with Penny lagging behind slightly.

Looking on the bright side, MD has already converted and refurbished the entire LD network in the north, resulting in a modern estate ready just in time for the entry of Aldi and Leader Price there. Driven by a continued ambitious refurbishment programme; larger sales areas; an increased focus on national marketing; and a moderate store expansion, we still forecast MD will generate a turnover of EUR2.9bn in 2021, which translates to a growth of EUR544mn in the four year period 2018-2021.