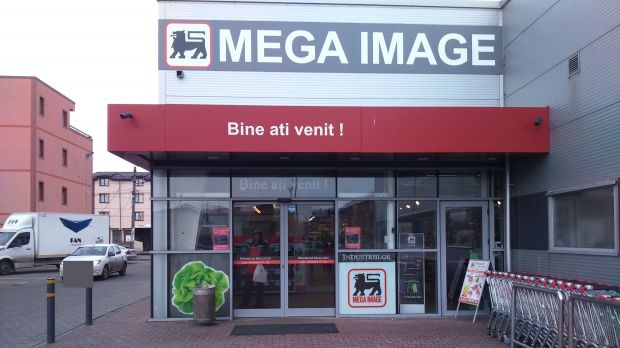 Ahold Delhaize’s supermarket operation Mega Image has recently launched a beta-version of its own online shop in Romania, magazinulprogresiv.ro reports. The platform offers home delivery as well as a pick-up option across 12 stores in Bucharest. Home delivery is even free of charge with a minimum order value of RON50 (EUR11).

At the same time the retailer is also expanding its bricks & mortar operations. In 2017, Mega Image opened more stores than in the previous year. In November and December alone, expansion was driven by the opening of 18 Mega Image stores. In 2018, Ahold Delhaize’s Romanian operation plans to continue to pursue a strong expansion strategy, with 50 to 60 new Mega Image supermarkets and more Shop & Go convenience stores expected to open.

Pulled by Opportunity, Driven by Necessity

Mega Image’s focus on its online banner may be the right step at the right time considering the retailer’s positioning in a rapidly expanding Romanian grocery market.

A growth rate of approximately 6% for the grocery retail sector puts the country at the top of class within the European Union, stimulating retailers to leave major cities and expand into second-tier locations. Additionally, retail legislation is expected to further stimulate demand nationwide, with a decrease in income tax and social security contributions a realistic scenario for the coming year.

At this point Mega Image goes against the mainstream 'ruralisation' trend for organised retail. With other market players charging forward into the Romanian hinterland, the objective to focus on existing catchment areas might be a viable option for a single-format retailer, whose supermarket network is almost completely located in the affluent capital Bucharest.

The general trend to ‘go rural’ does not mean that all other players have left the capital out of their plans. Carrefour, strengthened by the acquisition of more than 80 of Rewe Group’s Billa supermarkets, has come precariously close to Mega Image revenue-wise with its supermarket banner, while dwarfing the Dutch retailer in total revenues. The French retailer has recently presented new sales concepts for Romania and the state-of-the-art innovations developed at the Polish technology hub can also be expected to receive focused implementation here. At the same time, Auchan has been preparing the launch of its online platform and is predicted to go live in the first half of 2018. Although not yet online, local hero Profi with growth rates above 30% for the third year in a row, is increasing competition by entering neighbourhoods in Bucharest with its specially adapted Profi City format.

Consequently, we see the latest move by Mega Image as a valid approach to strengthening its Romanian operations backed by the international online experience of Albert Heijn and Delhaize/Maxi. With the online grocery channel in its infancy in Romania, Mega Image has the opportunity to position itself as the innovation leader to an increasingly tech focused customer base, while boosting customer loyalty and brand awareness.