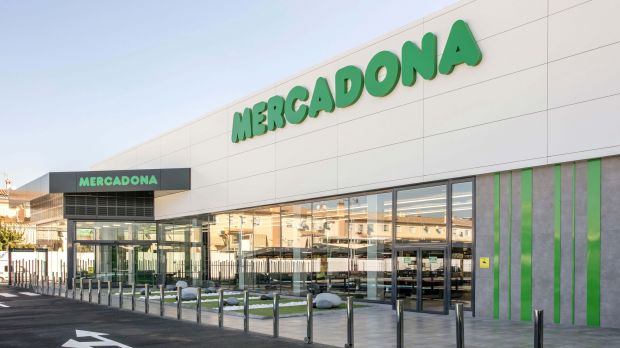 Photo: Mercadona
Market leader Mercadona's latest store concept is currently being rolled out across Spain.
Supermarket operator and market leader Mercadona tops LZ Retailytics 2017 forecast ranking for Spain in terms of retail sales per square metre. With sales expected to reach EUR9,800 per sq m in 2017, this consolidates Mercadona’s market leadership, as it is well ahead of most of its competitors. Overall, price-focused retailers lead the ranking, with Madrid-based compact supermarkets Ahorramás (Save More) on Mercadona's trail, followed by discounters Schwarz Group and Aldi. Hypermarket-reliant Auchan & Carrefour rank in the upper average, while ailing cooperative Eroski and discount supermarkets Dia fall into the bottom half.

The full ranking of 25 Grocers in Spain as well as thousands of other data points and customised reports relating to the retail industry across all of Europe are available to LZ Retailytics subscribers.

Discounters are the Winners

LZ Retailytics data shows that the economic outlook for Spanish retailers appears positive. All the top players have shown positive, or at least static, sales density growth between 2015 and 2017; however the reasons for this vary – from bigger baskets, increased traffic, rationalisation of store networks, reductions in selling space – or all of the above.

Even so, the real winners are discounters Schwarz Group's Lidl and Aldi which saw sales density jump 5.5% and 7.2% respectively during the period. Let's not forget that Lidl invested 30% more than expected in the country in 2015, mostly on store refurbishments; while Aldi increased its presence in Spain, playing the role of test-market for the group.

It is in this context that we particularly recognise Mercadona's great leap forward to stay ahead of the competition, both in terms of efficiency and store appeal. The retailer is expected to further improve its sales density via the upgrade of ca. 8% of its network to its latest store concept during 2017. This will strengthen an already excellent performance resulting from its consistent focus on efficiency and its low-price image driving customer traffic.

At the other end of the spectrum, Dia has acquired a series of ailing networks over the past few years, which have hampered its performance. Further, its retailer sales performance is highly contrasted given its multi-channel presence and extensive reliance on franchise. Its sales density is nonetheless expected to improve going forward as it seeks to significantly trim its store network and rationalise its selling space.

Last but not least, we note that Carrefour has experienced positive like-for-like sales but has been marginally impacted by the acquisition of a handful of underperforming hypermarkets from Eroski; as well as its substantial minimarket expansion of some 100+ new units yearly, mostly through franchises.
Topics: Mercadona