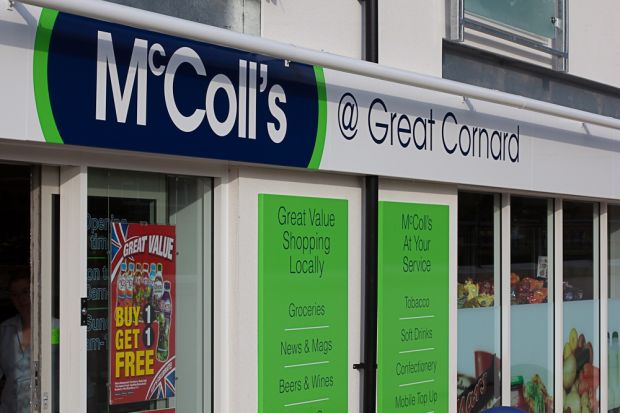 The UK’s fourth largest grocery retailer, Morrisons, has signed an agreement to supply convenience player McColls, following a competitive process. Morrisons will supply McColls’ 1,300 convenience stores and 350 newsagents with fresh food and groceries, including around 400 own label products from the relaunched ‘Safeway’ range, which will be available exclusively to McColls at first. The phased roll-out of the agreement will start from January 2018 and will in time replace McColls’ existing supply arrangements with P&H (Palmer & Harvey) and Nisa.

Morrisons already acts as a wholesaler to Amazon UK, supplying Amazon Fresh and Prime Now with thousands of fresh, frozen and ambient goods. This new deal with McColls will allow Morrisons to increase its presence in the UK convenience market in a capital light way, following the withdrawal of its own convenience chain M-Local in 2015.

Not so long ago, the wholesale sector, with its thin margins and low growth, was considered the doldrums of the UK grocery market. No longer is this the case. Tesco/Booker has changed this of course, not least because it represents the increasing need for consolidation, which is mostly occurring in the fragmented convenience market.

So, is this a partnership that makes sense? What’s in it for these two parties? Well Morrisons has long been keen to get a slice of the growing convenience market, but following its unsuccessful M-Local chain and given the business remains in recovery, it is looking for capital light opportunities. This wholesale agreement with McColls follows its supply agreement with Amazon and in our view, requires little outlay for Morrisons, but potentially offers big rewards, sweating its existing assets to drive more volume. The McColls estate comprises over 1,600 stores and importantly, it is growing. According to Morrisons latest quarterly results, its agreement with Amazon has contributed to its recent growth; and supplying McColls will give its wholesale division another welcome boost.

McColls was in the position of being able to make a choice of who to award the supply of their retail business to. The retailer has clear ambitions to grow its portfolio of convenience stores and a credible fresh offer will be critical to success. Enter Morrisons, who uniquely is a food producer as well as a food retailer. With 17 production sites across the UK, it produces around half of the fresh food that it sells. Add into the bargain the relaunched Safeway brand – which Morrisons has been working on behind the scenes for some time – and McColls has a unique and possibly winning solution to support further growth in the sector.

The only possible fly in the ointment is handover. Roll-out of the new arrangements is due to start at the beginning of 2018 and “in time” the new partnership will replace all McColls' existing supply arrangements. Our question would be how this timescale lines up with the 12-month exclusivity period for the Safeway range? Is there a danger that stores across the estate could be selling a mixture of Nisa’s Heritage range, Morrisons Safeway range, as well as an assortment of brands, supplied by up to three wholesale partners? In the short term, this could give a confusing message to customers and shopkeepers alike as to what McColls stands for; and there is a risk that by the time McColls has achieved its ambition of a single wholesale partner, it no longer has exclusive rights to the very brand it sought to base its fresh offer on.

Without a doubt, Tesco/Booker has unsettled the UK convenience market and opened the doors to lots of other interesting partnerships, of which this isn’t the first and doubtlessly won’t be the last. As one door opens, another may well close – we strongly suspect that this latest development will draw a line under Sainsbury’s interest in Nisa. Whilst the latter has been quick to say it still has a sustainable business model, it will have been a blow to lose a third of its turnover to Morrisons. Consolidation is bound to have winners and losers – lucky McColls then to have had their pick of suitors, let’s hope they can play out the deal quickly and smoothly.