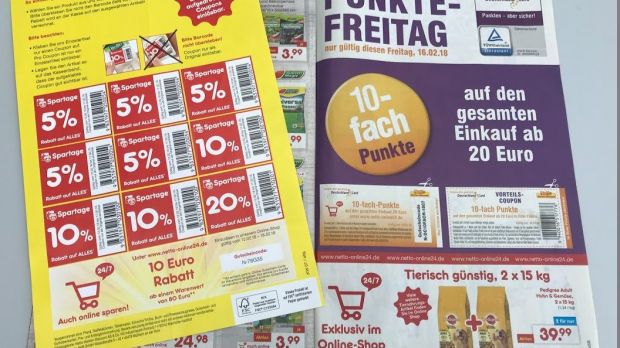 Edeka’s discount store chain Netto is currently boosting its promotional levels, LZ Retailytics has detected. Currently, the German value player provides coupon stickers in its leaflets. Shoppers can place these on products that they would like to get a discount on, from five to 20%. In addition, Netto is offering several deep price promotions on a diverse range of popular products, across both branded and private label goods.

For the same period, the retailer is offering a special campaign on the loyalty card scheme which it uses together with other Edeka banners and retailers – offering customers ten times more points if coupons are used. Netto has also introduced the service to withdraw money directly at the checkout when purchases above EUR10 are made – whereas all other retailers offering this service set the limit at EUR20.

Trying to Find its Stance

The strong tailwind in sales that Aldi is experiencing following its decision to extend its offers and revamp its stores has also forced the smaller discount store operators in Germany to take action and (re)position themselves. Among other moves, Aldi has beefed up its marketing initiatives, for instance with TV spots; it has introduced sweepstakes; and listed manufacturer brands – the latter being observed by competitors with displeasure.

Just a short glance at discounter Netto’s current 30-page-strong leaflet indicates that the banner is reaching what is likely to be its promotional peak, while it is probably in a process of reorientation. The special offer price for private label yoghurt for instance – an item which price leader Aldi sells at a permanent low price of EUR0.35 per pot – has been cut to EUR0.22. This price level remains virtually unmatched among its discount competitors. Price cuts in the magazine are as drastic as they are widespread and the combination with coupon schemes could help to lure more price sensitive shoppers into its stores.

Netto’s current strategy seems to be emotionalising – everything, everywhere. Its social media activities have been full of funny patters; it is presenting itself as the “most regional discounter”; investing in sports teams sponsorship; and even very popular seasonal items such as gingerbread for Christmas are being highlighted as a promotional campaign. 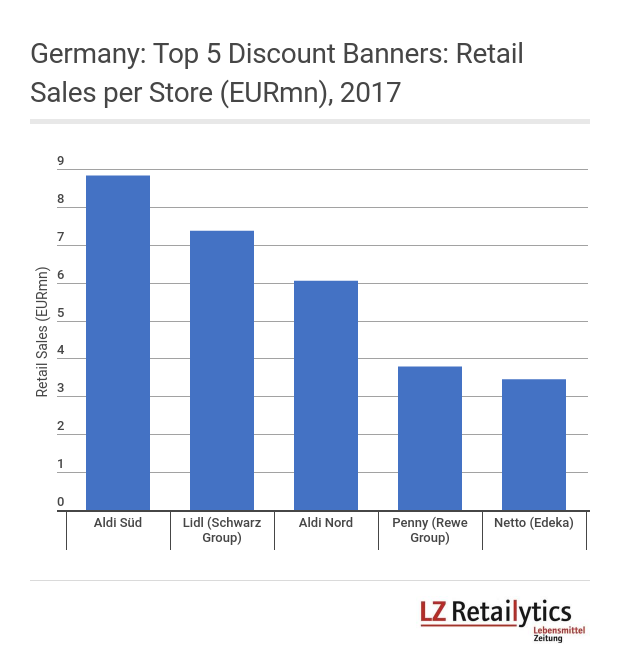 Netto will probably remain the German value grocer offering the largest assortment, particularly in the drugstore section. It carries a strapline next to its name indicating that it is a “brand discounter”. At the same time, however, this strategy does not seem to be helping to create a USP that differentiates itself in a way that drives significant growth. Even though Netto operates the densest store network of all the discount banners, it clearly lags behind the competition in terms of sales. This equates to the lowest sales per store across the entire channel.

With Aldi and Lidl following the road to supermarketisation, increasing sales areas and ranges, they are not only tapping into an area that used to be Netto's USP, but they also seem to be doing it even more effectively. This also means that the gap to the leaders in this area will certainly widen even further. It is unlikely that the new flood of campaigns – that are also likely to create some confusion amongst shoppers with their various small prints and exclusions – will change the situation in a sustainable manner - but they are a first step in a promising direction.

Learn more about the trend of supermarketisation in our latest Analyst View Report.