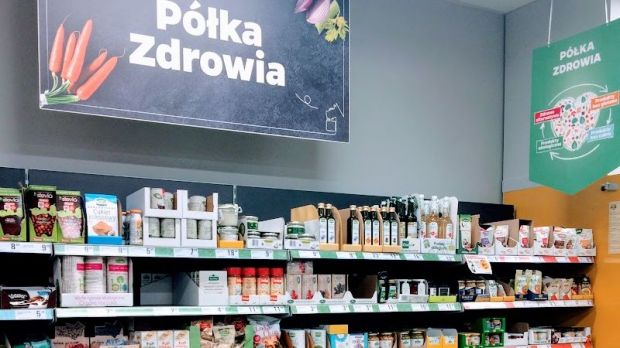 Photo: LZ Retailytics
The Health Shelf at Netto has been expanded and features the new dark grey signage.

Netto (Dansk Supermarked) is refurbishing its stores in Poland to its latest international concept. The newly remodelled Netto stores in Poland now feature a fruit & vegetables department that is double the previous size; a remodelled 'Health Shelf' ('Półka Zdrowia'); new equipment for the instore bakery; and wider aisles – as LZ Retailytics observed during a recent store visit. At the same time, store fittings and signage have been changed to an elegant dark grey; and the retailer is bringing together product groups by usage and occasion, for example with the new 'For Breakfast' ('Na Śniadanie') shelf. 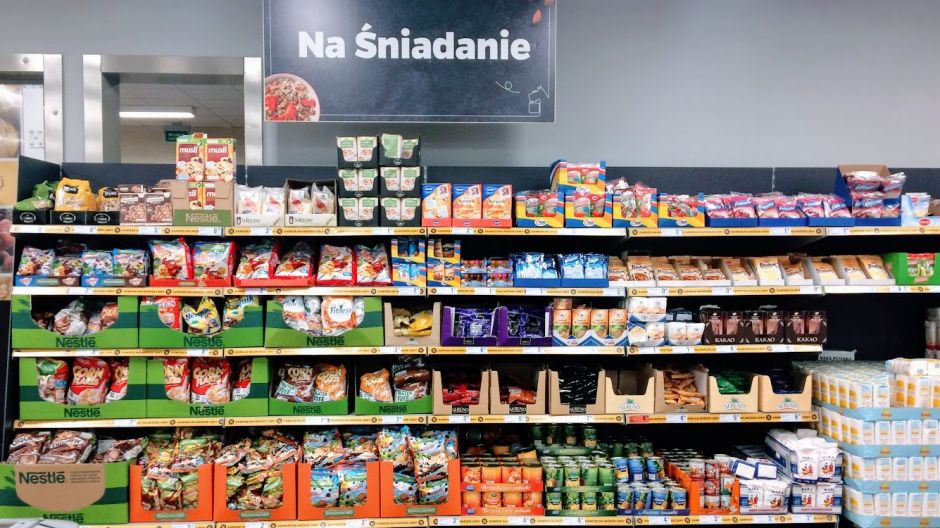 LZ Retailytics
The latest store layout brings together cereal, muesli and home baking in one department.
While other discounters are expanding their chilled convenience, fresh and frozen ranges, Dansk Supermarked's efforts appear to be more focused on reorganising and refreshing its other ambient product categories. The bakery assortment has not been changed fundamentally, but is now highlighted by custom-tailored spotlights in black baskets framed by light imitation wood. 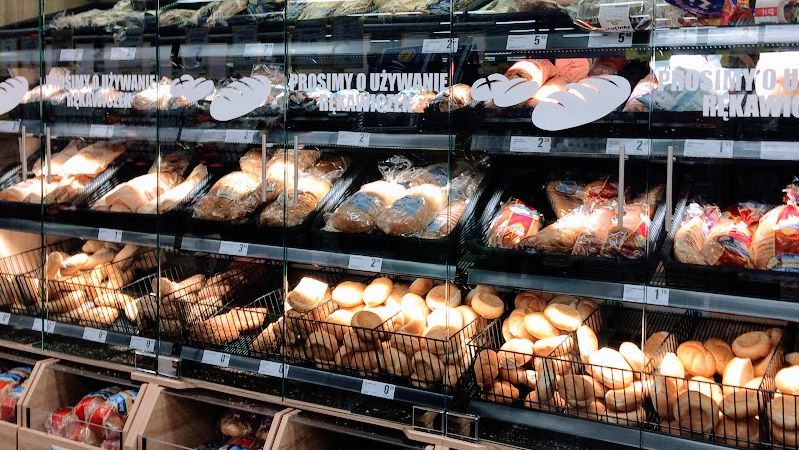 LZ Retailytics
The new bakery shelf has an elegant new look, although the assortment has not changed fundamentally.
This may be because Netto in Poland – unlike its operations in other countries – provides customers with a selection of fresh, regional products from local concessionaries opposite the checkouts: comprising a baker and confectioner; as well as a traditional sausage producer, also offering meat and poultry. 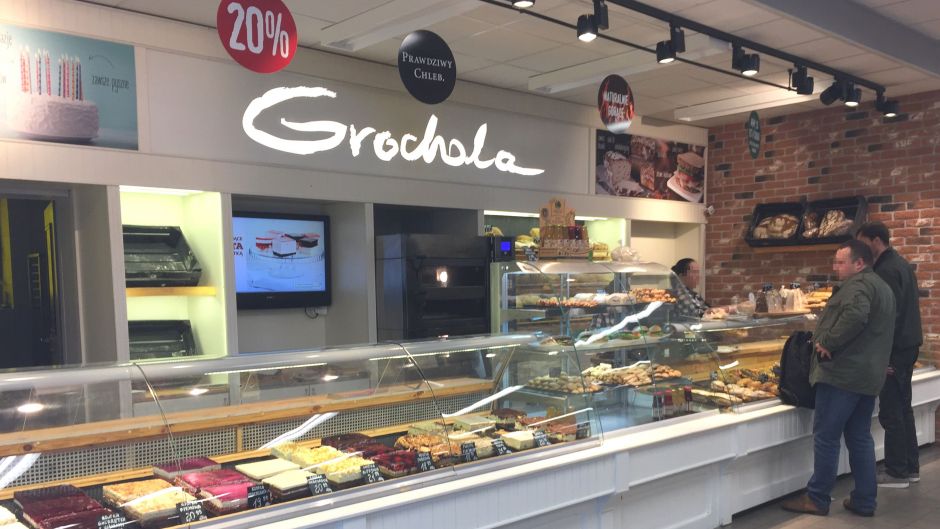 Catering to Traditions - The Polish Approach

At first sight, Netto’s latest concept changes seem almost inconspicuous. The renewed focus on the fruit & vegetables department seems long overdue following the increased assortment on offer at competitors Lidl and Biedronka over the past two years; as well as their introduction of dedicated signage for the category, reminiscent of open markets. Nor is Netto participating in the race for the top position in the fast-growing convenience segment. The selection of food-to-go, ready-to-eat and ready-to-cook items remains low in comparison to its channel peers. The chilled fresh ranges have not increased in scope as they have for Aldi and Lidl. The obvious modifications that have been made mostly concern the ambient food categories.

It is not only in Poland that the Danish retailer is busy refurbishing stores. The conversion to a brand-new concept has just started in Denmark; and a complete overhaul is on the cards in Sweden and Germany. The latter is part of the strategy to double Netto’s international turnover. The Danish concept has long been miles ahead when it comes to fresh food, but now it seems the retailer is ready to share that flair with its other markets – to varying degrees.

Unlike in Poland, Netto doesn’t contract third-party operators in its other markets. This means it has to build its own fresh food competence. The difference instore is evident when comparing the new concepts of Poland and Netto’s other markets. The fruit & vegetables, fresh meat, chilled and dedicated convenience meal departments are all playing a bigger role in new Netto stores outside Poland.

Looking at a category level, it becomes clear why Netto is not following its home-market model. The discounter seems to have positioned itself as the low-price proximity format for more mature age groups. At the store entrance, the fruit & vegetables department starts with root vegetables, cucumbers and tomatoes - where other retailers show seasonal fruit. The butter and margarine shelf contains almost double the number of SKUs vs. competitors, half of which are products for baking. The bakery shelf features Kaiser rolls and pre-packed, sliced white bread – not the first choice for the modern, health-oriented whole-wheat enthusiast.

The concessionaires' assortment comprises mostly traditional products. The butcher features cured meat and smoked sausages; with fat-reduced and free-from ranges notably absent. The confectioner focuses on high-calorie sweet pastries. These products are obtained from serviced counters, for customers that want to choose specific products, probably not at a standardised package size. Evidently, Netto has found a niche in the market where it does not compete directly with its dominant channel peers. The 60+ age group is one of the fastest growing demographics in Poland and following recent social reforms, an increase in the number of pensioners is expected.

The more subtle developments of the store concept, such as the revamped health shelf and a ‘sport and active’ gondola end featuring functional nutrition products might hint at efforts to also tap into the younger Polish population. Netto’s latest loyalty scheme also supports this theory. Accordingly, we anticipate that Netto will not grow as quickly as Lidl or Aldi in the current market situation, but we do expect the Danish discounter to hold its ground against other competitors several times larger in size.