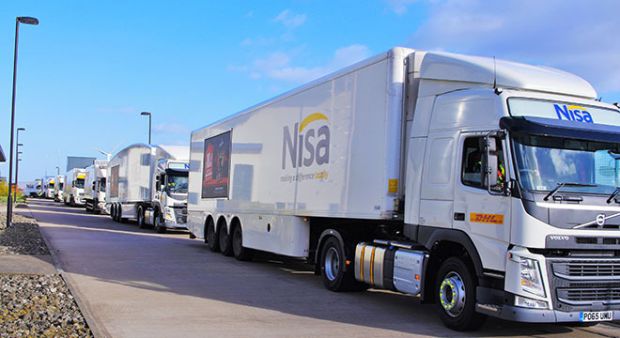 Photo: Nisa
Nisa has struck short-term supply deals with Costcutter and McColls following the collapse of delivered wholesaler P&H. Nisa's flexible central distribution service is able to respond to changes in demand.
UK convenience wholesaler and retailer Nisa has picked up some short-term supply deals following the news that delivered wholesaler P&H has gone into administration. Nisa has agreed to supply neighbourhood convenience player McColls to bridge the gap left by P&H, ahead of McColls’ move to its ground-breaking, exclusive supply deal with Morrisons in the new year. Nisa will also supply selected Costcutter stores, together with other wholesalers, ahead of its new supply deal with The Co-op, which will also come into effect in early 2018.

It makes sense for Nisa, with its flexible delivery model, to swoop in and rescue those retailers struggling to fill their stores with stock following the sudden collapse of P&H. The additional volume will be welcomed by the retailer, increasing its buying and therefore bargaining power.

There is, however, a sense of irony in the businesses seeking short-term supply from Nisa. Its history with Costcutter, who it supplied for many years and was its largest customer, ended in a nasty split in 2014 and Costcutter then set up a new joint venture with P&H, forcing Nisa to rescale its business model. McColls then became Nisa’s largest customer, but later struck a GBP1bn (EUR1.22bn) exclusive supply deal for its entire network of stores with Morrisons, replacing existing arrangements with Nisa and P&H. Until this new deal comes in to play (roll out starts in January 2018), Nisa will take over the supply of ambient stock to the stores which P&H was supplying.

Perhaps it’s not so much ironic as inevitable as the UK convenience channel consolidates. Shortly, Nisa will be owned by The Co-op, who in turn have been announced as Costcutter’s new supply partner in a 5-year, GBP500mn-a-year (EUR610mn) deal… so, this short-term deal with Nisa is likely to roll into the new arrangement with The Co-op, probably through the same supply chain.

As Retailytics data shows in the charts below, the combined force of The Co-op, Nisa – and now also Costcutter – starts to get close to the scale of Tesco/Booker, emerging as a clear number two in the minimarket channel.  Whilst Tesco/Booker is arguably responsible for the flurry of activity in the sector that has followed since the two businesses announced their intentions to merge, what’s clear is that the rest of the channel is not going to give up or stand still. 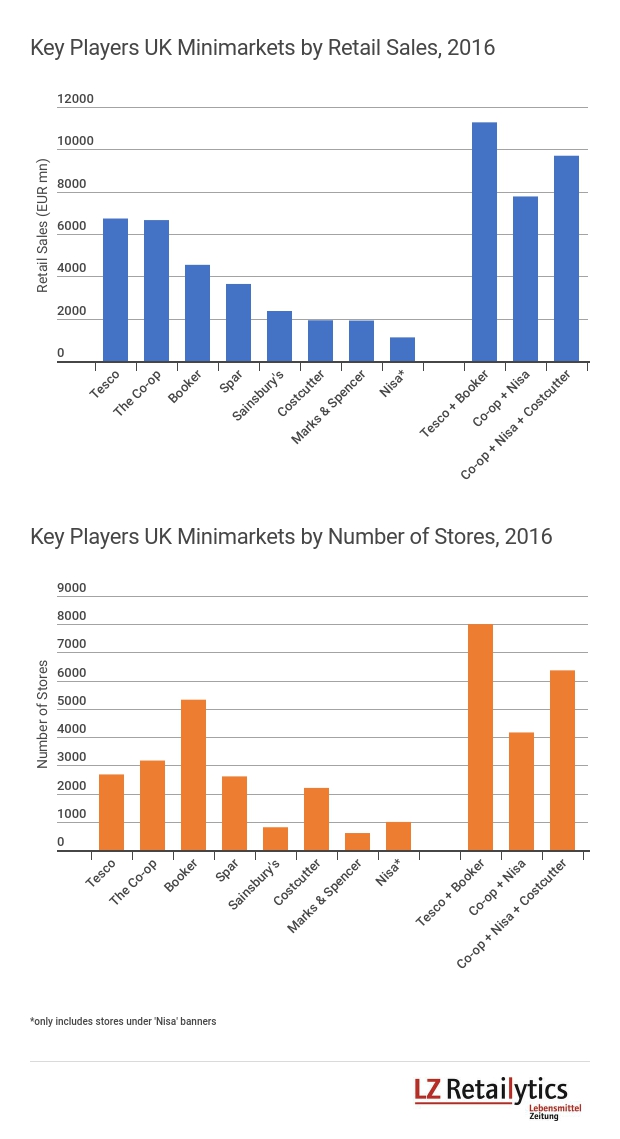 LZ Retailytics
The combined Co-op/Nisa/Costcutter will emerge as a clear number two in the UK convenience channel, behind the merged Tesco/Booker.
Topics: Costcutter Nisa The Co-operative