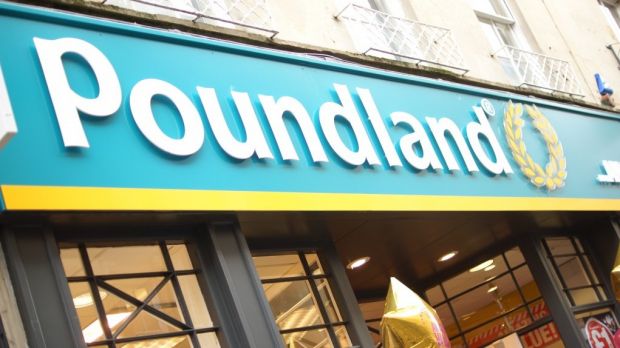 Photo: Poundland
Poundland is moving forward with its strategy to broaden its low price offering and integrate new categories such as clothing to its stores. Meanwhile its Dealz subsidiary is reportedly set to debut in Poland.

With buoyant Christmas sales and plans to reportedly enter the market in Poland, Poundland is moving forward independently of its troubled parent, South African Steinhoff International. The retailer has announced that a two-year investment of GBP180mn (EUR205.32mn) has been obtained by Pepkor Europe  from a US hedge fund and the money is to be shared between Poundland and its sister companies Harveys and Bensons for Beds (UK furniture chains).

Steinhoff came under fire at the end of 2017 and Chief Executive Markus Jooste stepped down after an investigation began into accounting irregularities. Now the company will need to restate its 2016 consolidated financial results.

Poundland, which was acquired by Steinhoff in late 2016, is aiming to distance itself from these difficulties and highlights the 5.6% increase achieved in sales over the recent 12-week Christmas period (to 24 December). Separately wp.pl reports that a market entry to Poland is planned for Poundland’s Dealz subsidiary in the coming months. Local media suggests that there will be stores opening in Warsaw, Kalisz and Swarzędz and possibly as soon as February.

Poundland’s latest Christmas results suggest that the retailer is moving ahead with a strong strategy, growing sales across its core UK business through the introduction of more flexible price points, new product categories such as clothing from sister company Pep & Co and by growing its overseas business. Last year the company closed a number of unprofitable locations acquired through its acquisition of rival 99p Stores and also began introducing a wider assortment to its Dealz stores, which to date operate in Ireland and Spain.

This is all great progress. However, with its parent company in difficulties, the company could also make a tidy acquisition target and inevitably rumours have begun circulating. With almost 900 discount stores in the UK, Ireland and Spain and sales set to grow from EUR1.4bn in 2017 to EUR1.58bn by 2023 according to LZ Retailytics, Poundland is an attractive proposition. After seeing off a bid from a hedge fund in 2016 to favour acquisition by Steinhoff, it is ironic timing that the retailer is now reliant on one.

For now, however, the securing of funding means that Pepkor and all European subsidiaries appear to be moving forwards independently. Chief Executive of Pepkor Europe (and former Asda Chief Executive) Andy Bond said that the loan from US hedge fund Davidson Kempner gave the company autonomy so that it was “now not dependent on working capital support” from Steinhoff. He also emphasised that the European businesses, including Poundland and Dealz, were “firing on all cylinders, adding customers and growing market share.”

All of this indicates that Poundland will continue business as usual, including its plans to broaden its international presence. A market entry for Dealz could be well timed in Poland, a market where discounters make up almost 30% of organised grocery retail. With annual growth rates of almost 9%, the price-oriented format has been distinctly outperforming the market by more than five percentage points over the last couple of years. Similarly to Ireland, Dealz may well find a receptive shopper base here. The retailer has, at least, bought itself two years of time.