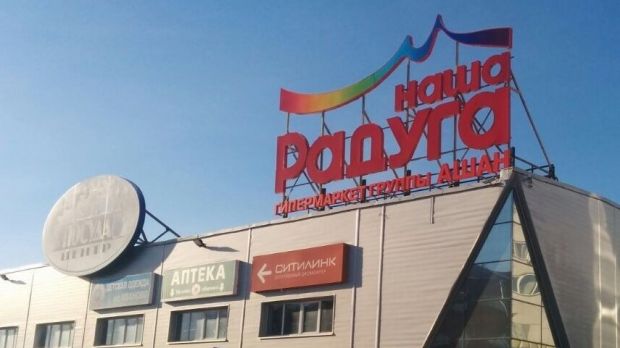 Photo: LZ Retailytics
Nasha Raduga makes a point of highlighting its connection to Auchan, even on its storefront signage.
French retailer Auchan has announced the rebranding of its Наша Радуга (Nasha Raduga / Our Rainbow) no-frill hypermarkets in Russia to Каждый день (Kazhdy Den / Everyday). The retailer believes "the brand is known by the clientele of these stores, and it will attract more clients".

The retailer is testing the new branding at one 5,000sq m hypermarket in the city of Kovrov (300km east of Moscow). The store lists some 12,000 SKUs, complemented by a non-food click & collect service with a catalogue of 30,000 SKUs. If the trial proves successful, all hypermarkets will be rebranded to the new identity.

We are welcoming this news, as the retailer can be expected to benefit from the quality endorsement and price image associated with Kazhy Den, which is the economy private label line of Auchan in Russia. Currently limited to a handful of stores in lower tier cities  (250,000-500,000 inhabitants) in the Central Federal District, Nasha Raduga's presence has been to date insufficient to gain wide awareness. The rebranding decision is likely to address this whilst maintaining distance from the core Auchan hypermarket brand, which drives the retailer's growth in the country.

We see Nasha Raduga as the culmination of the retailer's "discount" strategy at its hypermarkets in eastern Europe. To us, the concept is seemingly inspired by Belgian banner Colruyt, but has been adapted to the Russian market. Alongside loose staple goods, the offering comprises an entry-price item (Kazhdy Den), a private label, and a brand for each consumer need. Among other cost-cutting measures, the store is exclusively self-service and features only self-checkouts.


Interestingly enough, the decision was made at a time when LZ Retailytics data shows an acceleration in store openings for the banner, with 11 units to date. Does the new branding decision signal that Nasha Raduga has finally found its model? Or is this the acknowledgement of the failure to build strong brand awareness after eight years of operation? Probably a bit of both. 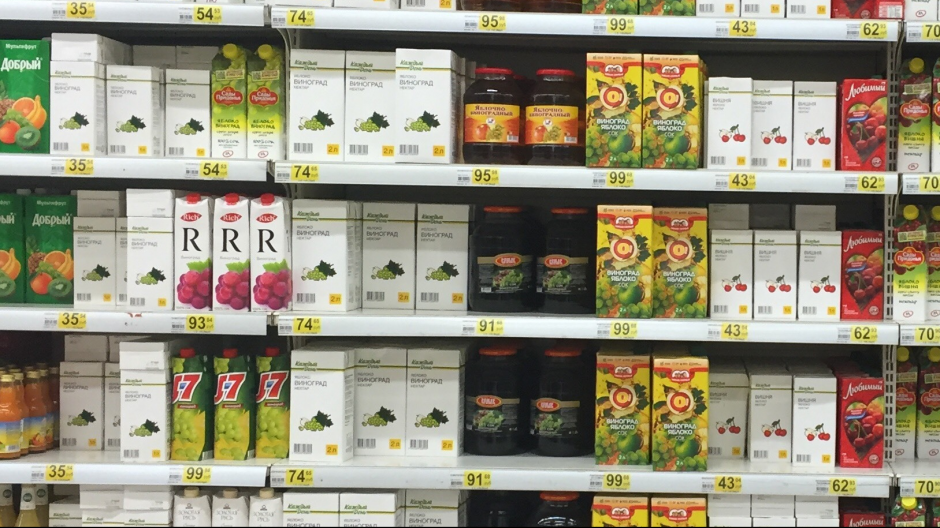