Rewe Presses Ahead as Kaufland Struggles 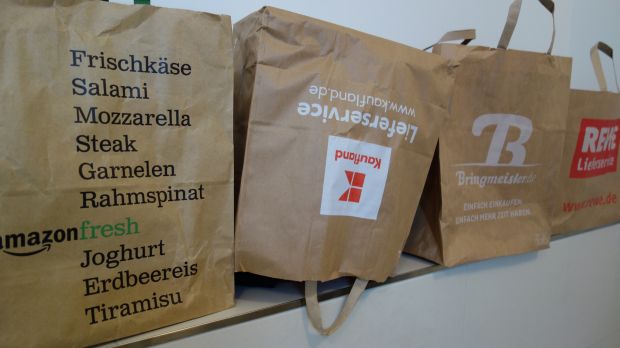 Photo: LZ Retailytics
Game over after 444 days: Getting its German stores going again is more important for Schwarz Group's Kaufland than developing a home delivery service for which profitability is out of sight.

Rewe and Kaufland are pressing ahead with the roll-out of their new store concepts, Lebensmittel Zeitung writes. While Rewe Group is in a good position for the start of next year, Schwarz Group’s superstore and big box concept Kaufland is reportedly struggling with temporary losses as it continues to roll out its new concept. Rewe Group has given the start signal for the broad launch of its supermarket agenda ‘Rewe 2020’, which has been tested in initially seven, then up to 20 pilots since August 2016. The wider roll-out will begin in 2018.

Rewe’s new look is a blend of two designs that have been trialled. Investment is expected to reach approximately EUR2mn per store, up to EUR4mn, as different elements will be implemented depending on the local conditions. The focus is on fresh, convenience partly in own production, served counters and – where appropriate, catering – thanks to the new ‘Deli am Markt’ concept. The conversion of the ca. 3,000 Rewe stores will be part of the common renovation cycle.

Kaufland, meanwhile, is fighting with other issues. The superstore and hypermarket operator plans to have finished the upgrading of its 655 German stores by mid-2018, investing up to EUR1bn. However, sales development in August and September is said to have ended in losses due to the international banner’s performance in Germany; and a loss at the end of the business year (28 February 2018) cannot be completely excluded, according to the paper.

Reportedly, in the first half of the year, sales were on the decline. A change in the advertising cycle, discount-orientated assortment planning and shop fitting, as well as new staff planning processes do not seem to have shown their full impact yet. The problems of the stationary business were one of the reasons why Patrick Kaudewitz, CEO Kaufland, was forced to shut down the grocery delivery service in Berlin, against his own conviction.

Very Much the Same, But Better

What is, what was 2017? Poster child Schwarz Group’s Kaufland is making losses - temporarily, reportedly. You can now play lotto at still-reputable Aldi Süd, while getting your Aldi TV set delivered to your home. Lidl sends Heidi Klum to A-merica and B-ulgaria and C-yprus and D-enmark and E-ngland and F-rance and G-reece and – just continue the alphabet for all 28 countries. Rewe Group sees a Frenchman follow another Frenchman at the retailer’s helm, because Germans aren’t good for supermarkets – Edeka’s top excluded, of course. Globus is happy with Russia, but less so with Germany, it seems.

Furthermore, the Aldi Nord families finally agree on spending thousands of millions of euros on making their stores what you could call decent-looking, actually downright inviting. Edeka’s Netto invests in upgrades of its store network, or store patchwork, for the first time in a century. Face lifting will also be part of Edeka’s competence going forward as it is teaming up with Budnikowsky to build a new national drugstore chain. Meanwhile, the leading drugstores have stopped their price battles – heralded by the discontinuation of dm’s price transparency scheme that used to display all price changes in each store. Müller keeps 'hiring and firing' managers - business as usual.

These are just a few German retail events that happened in 2017, or are ongoing; some surprising, others not. So, the saying ‘retail means evolution’ - a rather stale saying in German (‘Handel ist Wandel’) - has proved correct, again. Rather than stating the obvious, what is the conclusion? The conclusion could be that, despite what some may suggest, retail very rarely means revolution. And even less often, food retail means disruption – certainly not in German grocery retailing. There may be revolutions within companies – Aldi abjuring one core principle after the other, or Metro Group being split up. But that’s not grocery retailing itself.

That grocery retail is not disruption, even if some wish it were, that’s a learning this year from mainly two channels: convenience and grocery e-commerce.

With few exceptions (thanks to Rewe’s co-operation with BP’s Aral), all attempts to launch convenience and added-value banners have failed; and this includes more exclusive, emotionally and indulgence-orientated concepts of the big players. Temma is being buried as is Oh Angie, interestingly shortly after the departure of the long-standing Rewe Group CEO, a lover of good food. Years earlier, it was Vierlinden and Made by Rewe that had to vanish. Also AH To Go is to go, despite its proven competence in the neighbouring Netherlands. However, the best elements of Rewe Group's concepts will instead be implemented in the supermarkets. So, it is the existing supermarket channel that will be strengthened further, as will the discounters that are implementing such elements as well. Food to go and coffee to go are to go into each and every supermarket and discount store in this country, one has the impression.

So where is the channel revolution? It’s all just evolution – unless Aldi Süd’s rumoured convenience concept is to shake up the market. Shaking up the market, this was also expected for Amazon Fresh (and was said about another US retailer, Walmart, when it came here in the late 1990s). Probably the first sighs of relief have gone through the retailers’ ranks, since Amazon, despite driving its concept forward, has not made the impression it is overly interested in pushing mass-market groceries very far – not yet anyway! Amazon – chameleon. It was a disruptor in non-food, indeed, but after its Fresh launch, it is less clear it will have the same success in groceries, at least that's what its activities in the US suggest. Is there a bricks and mortar retailer that would sell off to Amazon, like Whole Foods Market?

Kaufland Online went offline after only 444 days. Getting stores right and ending a wavering course is more of a priority than turning the home delivery of a pack of tomato puree worth 35 cents into a profitable business model. Lidl Online went offline with its food store only a few weeks prior. Real, no longer a key player, just launched a new food online shop again, after it discontinued the first attempt.

Don’t forget the click & collect and similar concepts. Lidl’s Express concept didn’t even see the light of day and was discontinued before the launch, and the integration of the Kochzauber cooking box concept has proved difficult. Globus, driver of Drive stations in the vicinity to France, where the concept is extremely popular, shut them down. It has learned its lesson. It is reworking its Fridel hybrid store concept, which obviously proved too innovative for German shoppers. Rewe discontinued its first pick-up concept, but is now building up a new network of stations. Edeka is doing … what? … There are always Edeka independent shopkeepers around doing 'something', and thanks to Olivia it now has a central platform for e-commerce. With the acquisition of Kaiser’s-Tengelmann it inherited its own delivery service, Bringmeister, in Berlin and Munich. Rewe, meanwhile, has slowed down its efforts, sending e-commerce competence to Austria instead.

So, again, where is the disruption? It’s just evolution. Drugstores aside, it is the supermarkets on the one hand  and the discounters on the other, again, both reaching for new quality and service levels. Retail is detail, that’s the cheap, but relevant saying for these well-running distribution channels, because working systems don’t need big changes. The best innovations take place in the detail. For the other channels, be they convenience or grocery e-commerce with their undeniable potential, or hypermarkets, it remains a debilitating uphill battle.

Gain access to our retailer profiles and store impressions from 20,000+ retailer store photos across Europe by subscribing to our retail intelligence platform. Sign up for a free trial here.