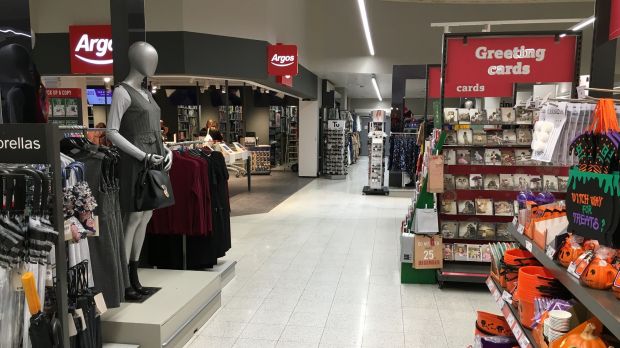 Sainsbury’s has reported fourth quarter like-for-like sales up 0.3% for its combined Sainsbury’s grocery and Argos non-food businesses, as general merchandise revenues offset continued declines in food. Argos, which was acquired by the retailer in September, saw total sales up 3.8% during the three months to 11 March 2017 and like-for-like sales rose by 4.3%. Sainsbury’s already has 41 Argos concessions in its larger supermarkets.

Sainsbury’s food performance was largely unchanged during the quarter, with a like-for-like decline of 0.5% excluding fuel. In a company statement Sainsbury’s claimed to be making good progress against key priorities in a highly competitive market. Chief Executive Mike Coupe said in an analyst call that the strongest performing channels were online and convenience, which both grew by 7% during the three month period. He also revealed that the company was starting to see a trend from food deflation to inflation in the UK market.

Sainsbury’s acquisition of Argos is looking like a smarter move by the day. At a time where the UK grocery market is characterised by intense competition and grocery price wars – which may require retailers to absorb some of the current inflationary pressure – Argos is allowing Sainsbury’s to diversify its portfolio into higher margin categories and leverage synergies across both businesses.

There are now 41 Argos general merchandise outlets in Sainsbury’s and the company reported a 25% like-for-like performance for the ten concessions already open for more than a year. In the coming quarter another 25 Argos outlets are due to be added. The company remains committed to eventually moving 250 Argos stores into Sainsbury’s. This not only reduces costs across the complementary businesses, but also drives footfall and solves the excess space problem that all the UK Big Four retailers are grappling with as sales decline in their larger stores.

Argos' superior expertise in e-commerce can also be expected to bolster Sainsbury's performance in the fast-growing online channel, which for many retailers constitutes the majority of current growth. Sainsbury's 7% online increase for the quarter is for instance only around half that of Ocado, which recorded 13.6% growth for the year. Argos has recently invested heavily in digitalisation and introduced a successful Fast Track same-day online delivery proposition, supported by its hub and spoke network.

Sainsbury’s has not yet released its full-year figures, but LZ Retailytics estimates that the Argos acquisition added more than GBP2.12bn (EUR2.5bn) in value to Sainsbury’s business during the year, boosting its UK market share to 13.1%. This is set to increase to 14.1% by the end of 2017 when the Argos acquisition fully annualises. This puts the company firmly in second position behind Tesco with 20% and ahead of once-close rival Asda, which now trails behind with an estimated 10.6% share of the market.