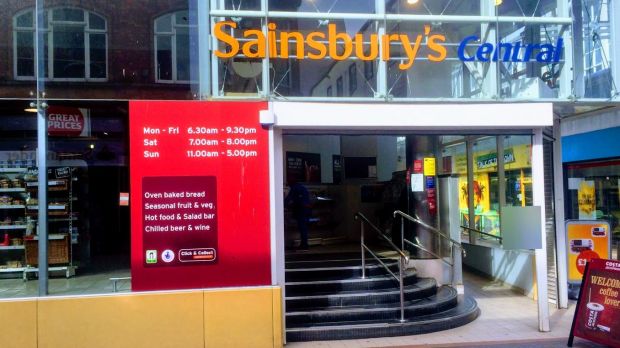 Photo: LZ Retailytics
Tesco's challenger in the UK, Sainsbury’s, commits to click & collect in order to improve customer traffic in its stores.

Britain’s second largest grocer Sainsbury's has announced plans to add Argos click and collect points to many of its convenience stores. Following a successful trial in six minimarkets, the collection points will be added to 100 Sainsbury’s Local outlets by the end of this year, equating to over 12% of the chain’s convenience store network, LZ Retailytics data shows.

In detail, shoppers will be able to pick up online orders from a selection of 40,000 items from Argos, as well as Sainsbury’s TU clothing range. Sainsbury’s acquired Argos' parent Home Retail Group last September. Even since, it has been rapidly integrating Argos into its supermarkets with both click and collect points and Argos digital shop-in-shops.

A Logical Next Step

Despite much scepticism at the time of the takeover, Sainsbury’s has been successfully integrating Home Retail Group into its grocery business. This was critical commitment since the retailer put GBP1.4bn (EUR1.7bn) on the table for the acquisition of the non-food group. To date, the focus has been on leveraging the Argos brand into Sainsbury’s larger stores – thereby simultaneously addressing an ongoing issue for most big-box retailers of excess space – as well as allowing the retailer to close Argos stores which are sited close to existing Sainsbury’s outlets.

This latest development – to expand the Argos click and collect roll-out to Sainsbury’s network of convenience stores – is the next logical step. Located in urban areas, close to shoppers’ work places and homes, the service will lure them in, as they pass on their daily commute, as opposed to the need to drive to an out-of-town location. This will undoubtedly raise logistical and organisational challenges on the store floor, but it makes sense that if this can be achieved in 100 stores within the next four months, then we can expect a much broader expansion within the next few years.

Indeed, Sainsbury’s appears to have pulled back on new store openings in the convenience channel. With any acquisition such as acquiring the Nisa minimarket network looking increasingly out of reach, the focus appears to be on giving shoppers more reasons to visit Sainsbury's existing convenience stores. Its supermarkets with Argos digital shop-in-shops have reported a positive impact on grocery sales, so no doubt the retailer is hoping the same would apply at smaller outlets – and why wouldn’t it?
Topics: Sainsbury's