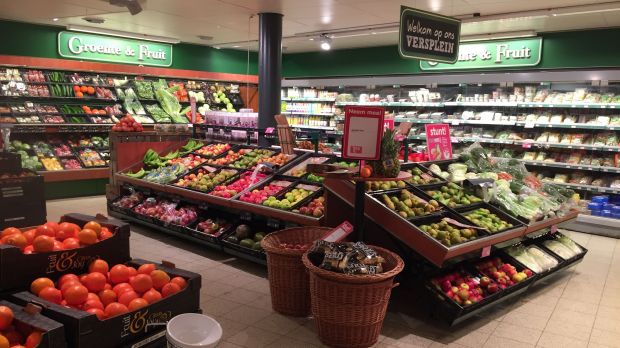 Dutch wholesaler Sligro Food Group has published its annual results for 2017 and announced the decision to potentially sell its supermarket banner Emté. The retailer said it will decide in 2018 whether it will sell Emté or start a partnership with another retailer. Emté has struggled over the past few years and even though store conversions to the newest concept resulted in a sales increase, this still fell below expectations.

Sligro Food Group’s retail division recorded a sales increase of just 0.1% in 2017 while its wholesale division contributed a rise in sales of 7.2%. The Group’s overall sales amounted to EUR2.97bn, an increase of 5.6%. Excluding the effect of acquisitions, organic growth was 2.1%.

It was simply a matter of time before the Dutch wholesaler announced that it was considering the sale of its supermarket division. Last year, Sligro said that it was seeking a partnership with another retailer to benefit from synergies. However, the press began rumours that fellow Dutch retailers may be interested in taking over the Emté chain. The Dutch number two, Jumbo, already expressed an interest in acquiring Emté, however at the time Sligro was not considering a sale. We anticipate that Jumbo remains a likely candidate for a potential acquisition, as it only has half the market share of Ahold Delhaize and members of the Dutch buying group Superunie e.g. Plus might be too small for this acquisition.

Even though its Emté supermarkets were able to increase net sales by 0.1% to EUR828mn in 2017 as well as record a reportedly steadily high level of customer satisfaction, Sligro had to face the costs the conversion to the newest concept Emté 3.0 put on its balance sheet. These overheads could not be offset by the low increase in sales. As a result, the retailer decided to put these conversions on hold, despite the remodelled stores showing more positive results. The Emté supermarket division still has relatively low market share in the Netherlands and has to compete with formidable market leader Ahold Delhaize. At the same time the discounters are increasingly upgrading their concepts, infringing on supermarket territory.

We consider that it makes sense to sell Emté or begin a partnership. Sligro’s strengths definitely lie in the wholesale sector on which the company could then focus. This is in particularly important as it builds up its presence in neighbouring Belgium, where it wants to continue the wholesale-driven success its has seen in the Netherlands. Sligro began its Belgian ambitions through acquisitions, but is eager to boost expansion and open new cash & carry stores to support its existing delivery services.

Capitalising on its foodservice expertise in the Netherlands, we believe Sligro can replicate its success in Belgium as well. The challenge will be to gain a leading position in this saturated market, but Sligro appears on track to reach this objective via its series of acquisitions. The focus on its core channel is likely to prove beneficial to Sligro's bottom line going forward.