Spain: Seeking a Challenger to Mercadona 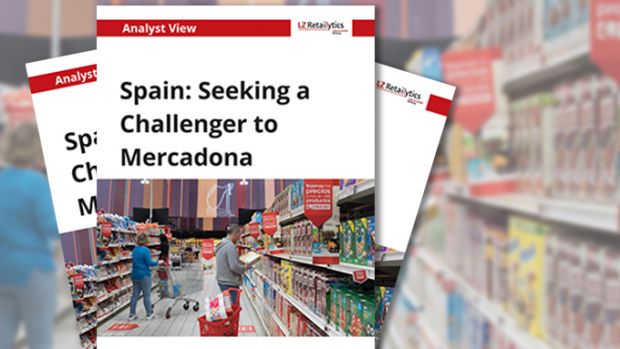 Photo: LZ Retailytics
In Spain, Mercadona dominates a fragmented grocery market. Can anyone challenge its leadership?

Spain finds itself in an unusual position. It is one of the most fragmented grocery markets in Western Europe, yet features an overly dominant market leader in Mercadona, with a market share as high as the next four largest grocers combined. Can anyone challenge the Spanish giant? The short answer is no.

Other top retailers were initially expected to grow externally but have all found themselves in the doldrums. Discounters Lidl and Aldi are adamant on expanding organically. Spanish regional chains have performed strongly thanks to their local anchorage combined with their membership to two major buying groups, but minor acquisitions will not radically transform the Spanish retail landscape.

The challenge for Mercadona will be to sustain its efficiency-driven expansion without cannibalising sales. Hitting the glass ceiling is unlikely to be good news for other players as the behemoth will then look to fish deeper in the waters of these competitors.