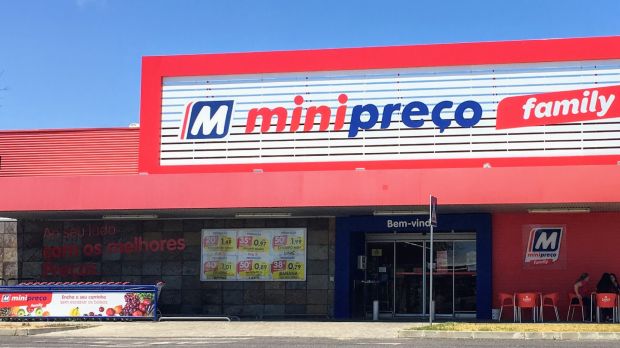 The upcoming quarters are going to be interesting for Spanish retailers looking to develop their presence in neighbouring Portugal. In the suburb of Porto, the Portuguese Finance Minister visited Mercadona’s co-innovation centre, which was set up to adapt products to Portuguese consumers ahead of its market entry in 2019. In Lisbon, rival Dia is to invest around EUR 2mn to open a new ca. 1,000 sq m supermarket and darkstore located above, which will be used as a base for the launch of the retailer’s online operation. Planned for 2018, the service should eventually cover the whole of Lisbon city.

Meanwhile, in the north of Portugal, Froiz supermarkets is now considering a major jump forward for its expansion, with two new units in the pipeline for 2018, HiperSuper newspaper reports. Despite operating for two decades in the country, Froiz has just 13 supermarkets in Portugal, LZ Retailytics data shows. This comes in stark contrast with Spanish cooperative Covirán which announced its intention to pass the 400 store milestone in 2018, eight years after its market entry.

Dwarves in the Country of Two Giants

Spanish grocery retailers have had a hard time internationalising. The exception to the rule may be Dia, but only at first sight, as it spun off from French giant Carrefour. But when they do, Portugal is often on the top of their list, given geographical and cultural proximity. We note that smaller players tend to remain close to their traditional catchment area. The openings of Froiz supermarkets appear to be a direct consequence of its new distribution centre inaugurated in 2016, which is likely to fuel further expansion going forward. Even so, new units will be limited to the northern Portuguese provinces, close to its Spanish stronghold in Galicia.

In contrast, rapid expansion by the Andalucian cooperative Covirán appears to be a thing of the past. Increased competition for franchise agreements with Portuguese mom & pop stores is likely to hamper its expansion going forward, particularly as Covirán may be distracted by its interest in a new international market: Morocco. With just 330 stores in 2016, and a handful of additional units being added annually, it is therefore very unlikely to reach its initial 400 store target. Covirán nonetheless managed the feat of building the third largest network in terms of store numbers in the country within a few years, LZ Retailytics data shows.

This leaves us with the only major Spanish retailer: Dia, Portugal's sixth largest grocer. We believe its online ambition to be the culmination of the retailer's effort. The Minipreço network has been refurbished over the past two years, including the integration of the former Schlecker drugstores. Further, the buying partnership signed with Les Mousquetaires Intermarché gives Dia more room for manoeuvre. While an online venture may seem a bit late as most competitors already introduced this in recent years, we see Dia's cautiousness as a positive, starting in the densely populated Lisbon area. After all, Portugal's largest supermarket chain, Pingo Doce, does not offer any online shop, and remains openly skeptical regarding the profitability of such ventures.

The big unknown remains Mercadona, which will make its first step in the country's second largest city, Porto in 2019. The retailer is busy securing locations, developing local sourcing and introducing product range tailored to the local consumers. Substantial growth potential for a new top player in this mature market is questionable, but to us, it will be even more critical for Mercadona to show the successful transposition of its concept abroad. Retail giants Sonae and Jerónimo Martins remain overwhelmingly dominant and continue to stare at one another like statues. As much as Lidl could prove a nuisance, Mercadona and the other Spanish retailers remain too small to be fundamentally problematic, at least for now.