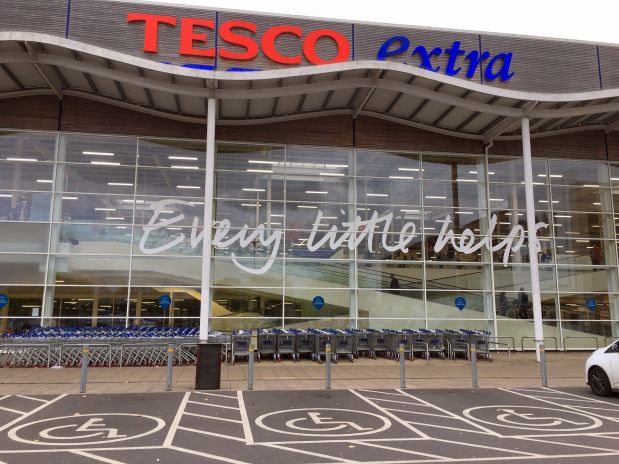 Photo: LZ Retailytics
The CMA has given preliminary approval for Tesco's merger with wholesaler Booker, allowing it to create the UK's "leading food business".

Tesco has received clearance from UK Competition and Markets Authority (CMA) for its proposed GBP3.7bn (EUR4.52bn) takeover of UK wholesaler Booker. This means that the two businesses can complete their merger in early 2018, as planned.

The CMA report found that Tesco’s presence in the wholesale market, with a share of less than 20%,  “was not sufficient to justify the longer-term concerns” and stated that the market would “remain competitive in the longer term”. The authority stated that it was also satisfied that the merger would not lead to higher prices or reduced services for shoppers.

Tesco said that it looked “forward to creating the UK’s leading food business” and that the merger had “always been about growth” and would bring benefits for independent retailers, caterers, small businesses, suppliers, consumers and colleagues.

Investing for the Long Term

The UK retail market has never been more competitive. Faced with rising costs, intense price competition led by the expanding discounters and growing shopper expectations in the online channel (thanks largely to Amazon), retailers are having to combine forces and rethink their long-term strategies. Tesco is a supertanker that has been successfully reinventing itself over the past couple of years and its takeover of Booker will mark a new phase in its omnichannel development and present a force to be reckoned with for its competitors. 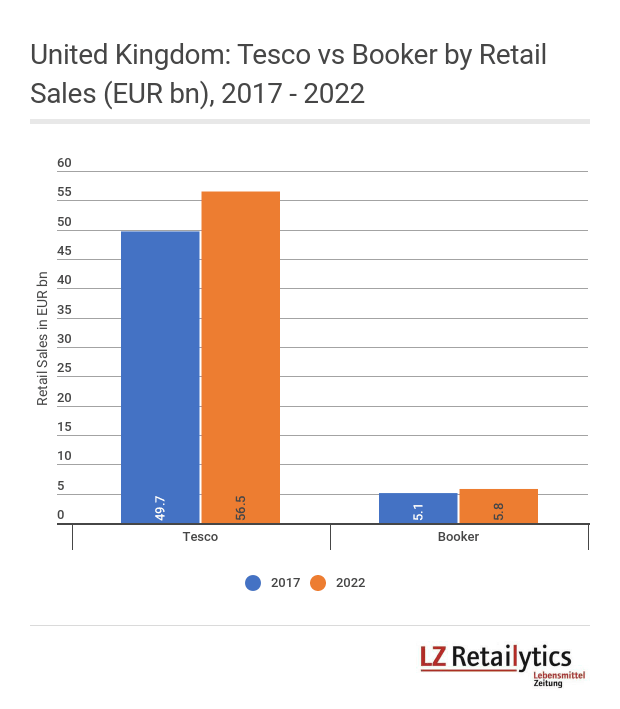 LZ Retailytics
Tesco's acquisition of Booker will create the UK's largest food business and present new opportunities for Tesco as it enters the wholesale channel.

The merger with Booker, which it hopes to complete in January 2018, gives Tesco entry into the cash & carry wholesale arena, whilst significantly strengthening its presence in the fast-growing convenience channel where Booker supplies more than 5,600 stores under the Premier, Londis, Budgens and Family Shopper banners. Booker’s cash & carry operations could also present online grocery opportunities too, perhaps acting as hubs or click & collect points for the market leader's online operations. This is another important growth channel for Tesco, which earlier this year became the first UK retailer to offer both same-day home delivery and same-day click & collect. 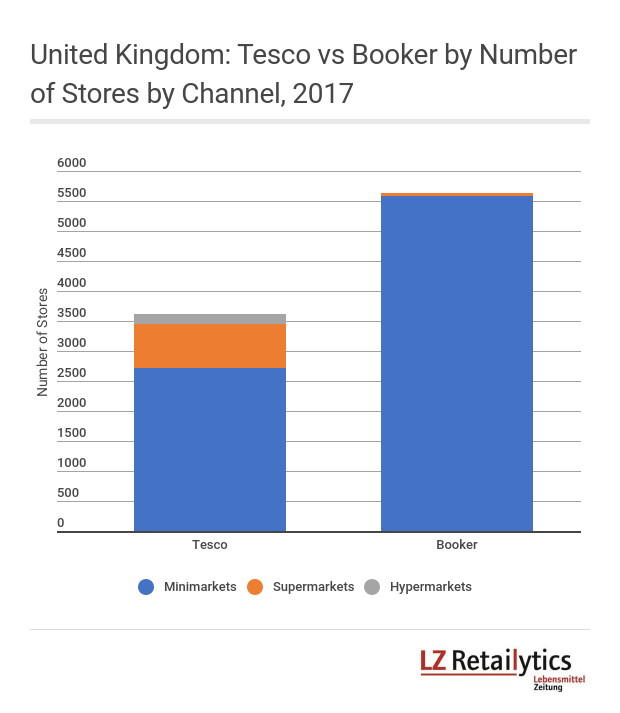 However, this investment in its long-term future has not come without cost to Tesco. By the end of this year the retailer will have cut 2,300 jobs across its head office and call centre operations, sold its opticians business, reduced 24-hour opening at its larger stores by almost a quarter and eliminated some middle management positions instore as part of cost reduction measures. This is the new reality of a competitive UK retail environment.

In the coming months we can expect to see Tesco focused on the conversion process as it merges its two operations and leverages their combined strengths. We can also expect to see more of this trend of consolidation and omnichannel investment in the UK market going forward. The UK Co-operative Group just gained the go-ahead to merge with Nisa. Sainsbury’s has seen huge benefits from its multichannel strategy since acquiring Home Retail Group and rolling out Argos and Habitat outlets instore. These are exciting times in retail, but also ones where no one can afford to take their eye off the ball. Particularly with a retailer the size of Tesco set to strengthen its omnichannel presence.