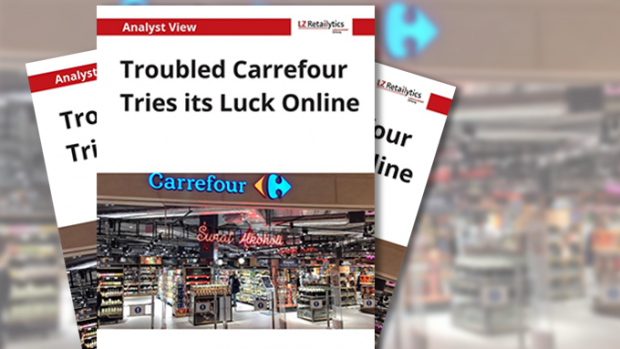 Photo: LZ
French retailer Carrefour has taken giant leaps forward to optimise and downsize its hypermarkets, while earmarking EUR2.8bn to fuel online growth. Will this be enough to offset erosion of its market share and improve profitability?
By 2022, Carrefour will drop back into third position of our LZ Retailytics European Retail ranking, behind two discounters: Lidl and Aldi. The resources that it has injected for nearly a decade into the turnaround of its hypermarket have produced lackluster results. Following market exits and amidst an erosion of its market shares, the French retailer is now hoping to turn its luck around.

A few giant leaps will be taken as its hypermarkets will be optimized and downsized; momentum is to be continued for its smaller formats; and EUR2.8bn will be invested over the next five years to fuel growth within the online channel.

As much as the online channel may offer higher growth potential than large hypermarkets, LZ Retailytics raises concerns regarding the ability of the retailer to reach its ambitious online grocery sales targets for France, while still generating profits.

Get the report now
Topics: Carrefour