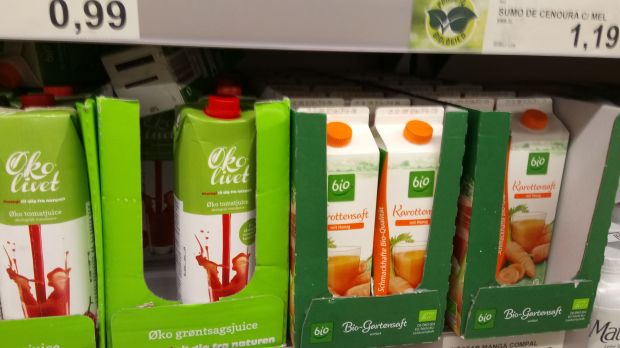 Sister companies Aldi Süd and Aldi Nord are considering a closer cooperation in buying and other operational areas. According to a Manager Magazin report, a legal joining of the sourcing departments could result from the harmonisation and synchronisation of all “assortments and processes”. All services in Buying, “Quality Assurance, Corporate Responsibility, Marketing and Logistics etc.” are to be provided only once, according to a transcript of a meeting of Süd and Nord managers last November.

According to the protocol, additional measures of cooperation will be sounded out going forwards. While the paper does not explicitly exclude a merger of the two discount giants, Aldi Nord and Süd stated in a reaction: "A merger is not planned nor intended, neither as a result of the cooperation, nor for other reasons".

When the Aldi Nord Family gave the green light for the EUR5.2bn investment in a complete store network overhaul last summer, this must have been interpreted as a signal by Aldi Süd: that Nord is willing to take large amounts of money into their hands; and it believes in a great future for the previously all-too-reserved and all-too-frugal discounter. And so does Aldi Süd – they obviously believe that in joining forces, they can ramp up their market force.

One may ask – why didn’t they try this before? First, there has always been cooperation, mostly informally, including buying. Secondly, as long as the Aldi founding brothers were alive, such a move would not even have been thought about. Even now, the family is still involved in the operational business, largely at Nord. The original decision from 1961 to divide the business into Nord and Süd was clearly not to be questioned - at that time it was said to quicken decision making processes and spur on internal competition.

Unfortunately, looking back, what must have worked quite well in the first decades, has gradually turned out to be an impediment. Namely in competition with one very special maverick: Lidl. Lidl was the most ingenious of all discount disciples to select the best of both Aldis – and this has gradually been more Süd than Nord – to build its own (partly hybrid) discount concept. This led to the all too common situation that one Aldi was attacked by Lidl with the other Aldi's ideas. (And since Lidl became more productive than Aldi Nord, it has got risky for Nord and Süd to jointly attack Lidl on price.) The future cooperation may turn this on its head again: Aldi Nord and Süd, together, against Lidl and others.

What Lidl is today, is largely due to the fact that Nord and Süd operate separately in Germany. And in the past few years, if not decades, it has mostly been Aldi Nord which has dragged the overall Aldi performance down - not only in the home country. One can easily see this in LZ Retailytics data for their foreign markets: Aldi Nord is not making big strides outside Germany and is often losing out to Lidl. Süd, however, has managed to keep Lidl at a distance in all its markets. Compare the Netherlands (Nord) and Austria (Süd): Dutch Lidl has long overtaken Nord there, while in Austria, Lidl’s sales are only a fraction of Süd’s Hofer.

Lidl is rightfully becoming uneasy, having put a cut on its spending spree. If Aldi Süd were able to support Aldi Nord with some of their ‘Lidl fighting’ skills in their German home market, the future for Schwarz Group’s discounter may become a tad more challenging. Advertising, marketing, non-food and brand promotions, product ranges, private label policy: these points are likely to be synchronised and harmonised at Aldi, making Aldi better and stronger than before – and more united: "March separated, strike together," as a Prussian saying goes.

That said, one new obstacle to the new, harmonised appearance has just emerged: with the new instore concepts that are currently being rolled out at great expense, the outlets at Süd and Nord have never looked as dissimilar as they do now.