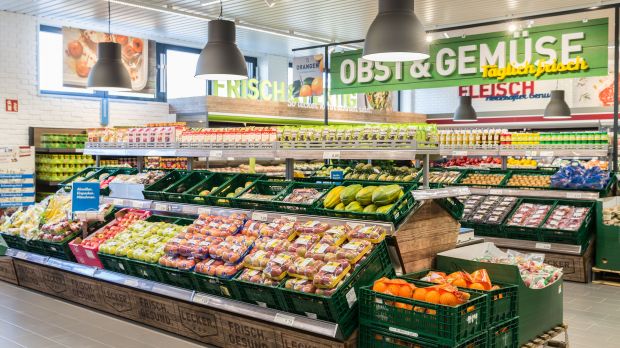 German discount retailer Aldi Nord has earmarked EUR5bn for a refresh of its international operations all over Europe. The programme, called Aniko, is “one of the most important entrepreneurial decisions in Aldi Nord’s history”, Theo Albrecht Junior, one of the sons of deceased founder Theo Albrecht, is quoted as saying by dpa news agency.

A timeframe and concrete details have not been provided. Aldi Nord’s realm encompasses discount stores in northern and eastern Germany, Benelux, Denmark, France, Spain, Portugal and Poland. Trader Joe’s in the USA, a “premium discounter” in the company’s diction, is not directly part of the Aldi Nord Group of Companies (Unternehmensgruppe) but is owned by the family.

However, the record budget is subject to the approval of Jakobus-Stiftung, the foundation that represents the heirs of Theo Albrecht Sr.’s defunct son Berthold – most notably his widow Babette and their children. This approval has not yet been given, which could have to do with the fact that the afore mentioned family members are said to be annoyed with those dominating the two other family foundations, Markus-Stiftung and Lukas-Stiftung. The latter are controlled by Cilly Albrecht, widow of the founder, and her son Theo Jr.

That’s a lot of money, even at a local level: EUR5bn spread over 4,810 European stores (according to LZ Retailytics forecasts for 2017), would make more than EUR1mn per store, on average. The investment is approximately 20% of its annual sales, albeit that no timeframe for Aniko has been given.

However, a delay in gaining approval for the record investment could seriously thwart the necessary continuation of the refreshment programme of which Aldi Nord is desperately in need. This is obvious. While it is not clear for what reason the information was given to the public, it could possibly be with the intention of exerting pressure on the Jakobus-Stiftung representatives to approve the spend, lest they be seen as jeopardising the fate of the company.

An accusation of this kind wouldn’t be the first. Babette Albrecht has been presented in the public press – the more tabloid-like as well as the serious one – as being slightly too open to the joys of living for what a conservative, devout catholic (see the name of the foundations), diehard spartan, publicity-shy, penny-pinching Theo Sr. would probably have condoned. (You may have heard the anecdotes, along the lines of: “As a store manager, why would you need two pencils – you can only write with one anyway.”)

The lawyer representing Jakobus-Stiftung, Andreas Urban, said it was not correct that “anything is being impeded.” There was just additional information missing. “It’s about a lot of money, after all.” In general, investments would be welcomed, he added, but it was necessary to assess the impact on the cost structure. There is a certain irony in the fact that this hidden rebuke comes from the party representing allegedly free-handed Babette Albrecht. (It doesn’t speak against her – if you have billions at hand you can still live a generous life and plough exorbitant sums into your company.)

The lawyer then goes one step further. He wounds the representatives of the majority and supposed guardians of virtues to the core as he challenges their self-conception of Aldi: “We are a discounter – but then (following the upgrading work), will you still be a discounter?”

We see that the threat is real. Should Aldi Nord not be able to agree on a major refurbishment programme, this will have unforeseeable consequences on its future, in all of its markets; and even on its relationship with Aldi Süd. The Süd brethren will not be able to drag along a paralysed Aldi Nord.

Everyone in the management has the right to question the strategic direction. (We have discussed Aldi Nord’s and Süd’s changes and challenges here in several comments and will continue to do so.) Unlike most other companies, Aldi Nord does have the money, plenty of it. It has the people. If needed, it can even resort to internal exchange of experiences with Aldi Süd – who else has such helpful insights? The watch out is that no-one in the industry will wait until it has come to terms with what it wants.