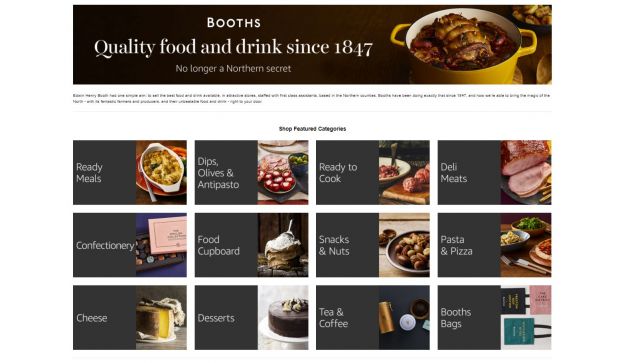 Amazon Fresh in the UK has partnered with upscale family-owned grocer Booths located in the North of England to broaden its offering, listing hundreds of products including ready meals, cheeses and deli products.

With the addition of Booths, Amazon Fresh in the UK now offers online shop in shops for three grocery retailers: Morrisons, Whole Foods and Booths. Through its partnership the 28-store grocery retailer will gain access for the first time to the online channel and also to shoppers in London and the South East of England where it has no stores.

Vice President of Amazon Fresh International, Ajay Kavan, said that Amazon believed that people across London and the South East would “love what Booths has to offer”.

The cooperation with Booths adds to a growing list for Amazon in Europe, which includes Morrisons in the UK, Tegut, Basics and Feneberg in Germany and Dia in Spain. Being new to the grocery category, it has been a key part of Amazon’s strategy to partner with grocery experts in each of its major markets. This allows it to broaden its assortment, increase appeal and add private label lines, which it cannot do yet on its own.

For retailers these partnerships might be seen as a risk, but they can also make sense to gain online expertise and grow within the channel.  Morrisons frequently cites its satisfaction with the growing wholesale volume that it has gained since becoming a supply partner to Amazon in early 2016. For Booths the partnership appears to make sense as it does not yet offer grocery e-commerce and gains access to new shoppers located in the south of a country, where it is only present in three counties in the north. For shoppers, the latest cooperation is good news as it adds more products and more choice. 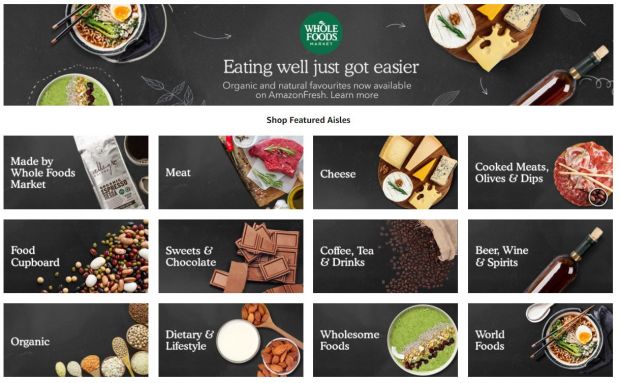 Yet, although Amazon seems happy to work with any partner that can help it to differentiate by broadening its assortment, we see that there might be a potential flaw in this latest plan: Whole Foods. With nine stores already in the UK, Amazon has been very quick to establish an online presence for Whole Foods, which already has a shop on Amazon Fresh in the UK looking remarkably similar to the one just launched for Booths. Naturally, as a subsidiary of Amazon the retailer has given over significant space to promoting and prioritising its Whole Foods assortment and will continue to do so. For Booths, as another upscale grocer, there is likely to be a significant overlap in customer demographics and product assortment. In light of this, our concern is that whilst it makes sense for some retailers to partner with Amazon, perhaps in this case the collaboration may not be quite so beneficial to Booths – particularly in the longer term.