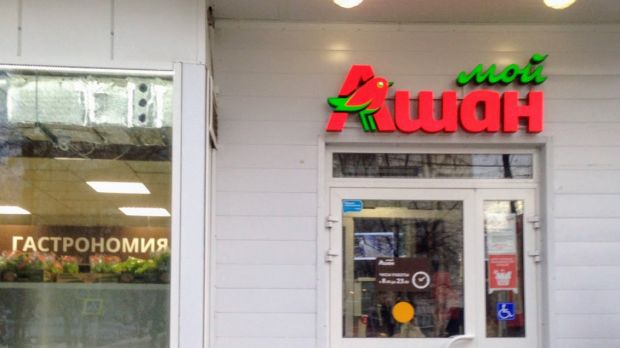 Photo: LZ Retailytics
Auchan Russia is expected to operate a dozen minimarkets in 2017.

Wilhelm Hubner, Auchan’s Executive Director and former Country Director for Russia informed financial newspaper Les Echos of his intention to ramp up small box openings in the country. “For this format, there is a potential for 10,000 points of sale in Russia. It would be good to open one store per day, starting in 2018. And we would have the financial means to do so. There are good locations left”, he said.

Regarding its domestic market in France, Hubner confirmed positive trends for its Drive click & collect locations and its supermarkets, but acknowledges that hypermarkets are a challenge. “We need to reinvent the model. We are working on it and expect to see the first positive signs by the end of 2018. No French hypermarket will be closed, but, in line with our strategy, we will put our efforts into improving the online experience for customers, the services and the offering”, he added.

We agree there is a large potential for convenience formats in Russia and that Auchan should chase this opportunity. Coincidentally, rival and market leader X5's CEO concurs with Hubner on the 10,000 store pool for Russia, but the main difference is commitment. While the French retailer pays lip service at this stage to some 350+ units annually, its plans lack the scale of land-grabbing X5's own 2,500 annual store openings. To Auchan's credit, its small box openings are focused on a much smaller region, typically the Central Federal District, and the retailer is particularly cautious regarding locations. It may be tempted to rely on franchisees to roll-out MyAuchan minimarkets, as it did in other countries.

The primary questions regarding Auchan's plans are financial. Auchan historically invests a significant share of its revenues, but despite managing to improve the bottom line in 2016, sales have fallen and H1 2017 was below expectations. The retailer needs to fight on several fronts, with commitment and investment needed to fuel expansion in the massive territory of Russian and even more so in the Chinese market. Meanwhile, its core hypermarket format is struggling, and it has already dedicated additional resources to its new single-brand strategy. Performances in France and Italy particularly remain lacklustre, at least worrying enough for the group to deny hypermarket closures.

The environment has not been much kinder to the retailer in Russia, where it faced a serious deceleration, attributed to a decline in consumer spending. According to LZ Retailytics, Auchan is the only Top 3 retailer in Russia that lost market share in 2016. The others compensated with aggressive store openings. With the former Russian head now the company's CEO, Auchan Russia may be able to gain priority but we feel it is too early to assess this yet, particularly as the new Country Director, François Rémy, landed in Moscow just a few weeks ago.
Topics: Auchan