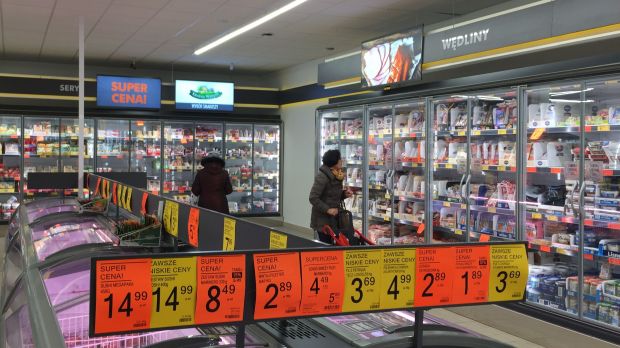 The banner's strong performance was also fuelled by strong same-store sales, which were understood to be driven by inflation and a trend among consumers for trading up on food. In response to this the retailer introduced relevant promotional campaigns and reshuffled its assortment, including the introduction of more seasonal products.

Achieving a like-for-like result almost 7% above inflation is remarkable, particularly for a retailer of Biedronka’s proportions. Market consolidation is increasing and this is also being felt by the discount retailer with its likeable ladybird logo. From a mathematical point-of-view, there is one Biedronka outlet in every 10kmx10km square in Poland. According to LZ Retailytics data, organised grocery retail in Poland increased its store count by more than 2,000 stores in 2017. This means, again statistically speaking, that almost every Biedronka now has one competitor more in its catchment area than it did a year ago. Even if this comparison is only theoretical, it shows the scope of the improvement.

It would do Jeronimo Martins’ energetic and creative managment team an injustice to simply attribute this achievement to social reforms and economic upturn. Undoubtedly, the Portuguese discounter’s main customer base has greatly benefited from the ‘Family 500’ programme and higher wages. But the main driver of growth for the retailer are changes to its commercial concept.

Whereas only five years ago Biedronka could be described with the marketing slogan ‘We are Polish. We are cheap.’, excuse the bluntness, the retailer’s approach has changed. Biedronka is now more refined, in line with market demand. Quality, health and nutritional aspects have gained a much greater significance, as has an orientation towards convenience, which can both be most vividly seen in the fresh departments. The in-out non-food offer, previously differentiated by means of educational and gaming products for younger audiences, has been strengthened by ‘Seven for 7’ sports textiles as well as collections by fashion designer Maciej Zień, both an answer to Lidl’s ‘Crivit’ and Wittchen ranges.

Last but not least Biedronka seems to be more adventurous than its peers when it comes to testing its latest innovations. And also more resilient if these do not deliver the anticipated success. The ‘Fit Półka’ (‘Fit Shelf’) did not make it into the latest store concept, pick & mix sweets are evidently absent in the new layout and the concept of low fridges at the back of the store has obviously been abandoned. With sales concepts converging – especially those of Lidl and Biedronka – the latest changes together with an innovation-oriented mindset give the retailer a potentially major advantage against the likes of Dino, Lidl and Żabka. 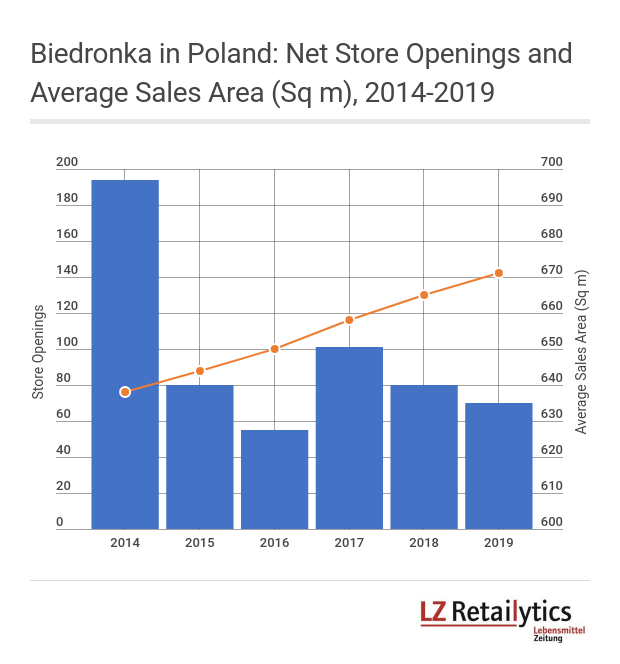 LZ Retailytics
Due to geographical saturation Biedronka's store opening pace is expected to slow down considerably over the next years, while selling space will increase – owing to extended assortment ranges.
Topics: Jerónimo Martins