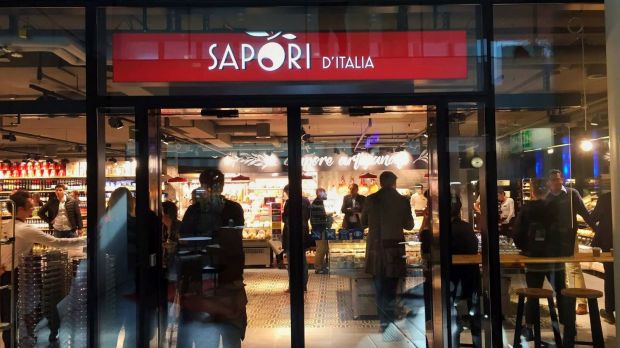 The Swiss number two has opened a new store format this week which focuses on Italian products. It is located at the train station in Aarau, in the North of Switzerland. The 200-square-metre-store, called ‘Sapori d’Italia’, offers around 850 products from Italy, as well as fresh products which are prepared instore, such as pizza, focaccia and salads. The store was previously owned by convenience specialist Aperto, which Coop acquired earlier this year.

For this store, Coop (CH) has tried to hire employees from Italy or with Italian heritage – indeed, the store manager is Italian. To support the Italian atmosphere, customers are greeted in Italian by the store staff. The retailer offers a seating area for twenty people for instore consumption of the freshly prepared food and instore-roasted coffee. Coop (CH)’s CEO Joos Sutter described the new concept as an “authentic Italian delicatessen shop”. According to the retailer, Italian is one of the most popular cuisine in Switzerland – which is not surprising given the Italian boarder is not far away and Italian is one of Switzerland’s official languages. Around 8% of the Swiss population have Italian as their native language.

Less than six month ago, Coop (CH) launched its store format Karma, focussing on vegetarian food – and now, it is Italian food which gets its own spotlight. It is apparently undecided as yet whether the concept will be rolled out further, according to Joos Sutter. The intense exchange the retailer has had with suppliers, producers and business partners in Italy tells us something else though. Coop (CH) seems to primarily want to wait and see if the format will be accepted by customers. Alternatively, the retailer could implement the new assortment in its supermarkets to benefit from the new partnerships formed.

It seems that the retailer has more than one reason to experiment with different new grocery formats at the moment. The Swiss market is one of the densest when it comes to market share – Coop (CH) and the Swiss number one Migros have a combined market share of 84%, according to LZ Retailytics data. This leaves little space for typical grocery store network expansion and exploring new formats is a good way to attract new customers.

The acquired convenience stores of Aperto provides another reason for experimentation. As a result of the acquisition, Coop (CH) has small outlets at train stations which are enabling the retailer to test new formats without having to search for suitable locations. The location is also relevant for the new Italian format as it offers foodservice for busy commuters, who are undoubtedly looking for something of high quality. Therefore, we think that the Sapori d’Italia format will only be rolled out to a few locations. The focus will more likely be on its already very successful format Coop To Go. According to the retailer, Coop To Go has average sales per square metre of CHF35,000 – which is three times more than Coop (CH)’s supermarkets’ sales density. 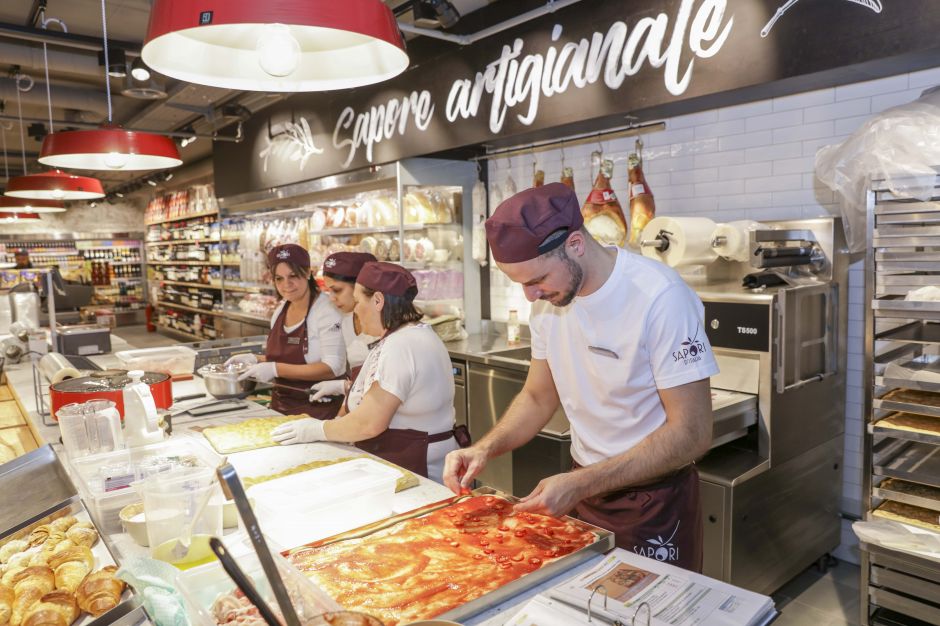