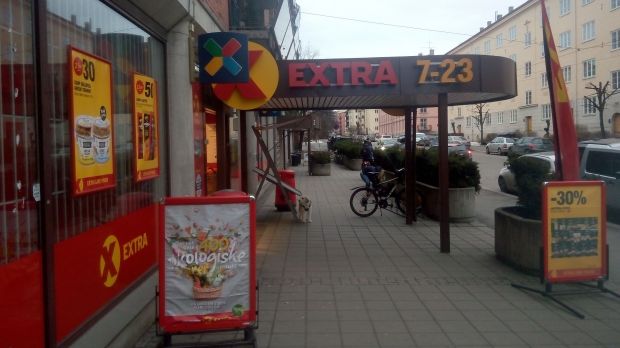 Photo: LZ Retailytics
Its Extra banner will be the focus of growth for Coop Norge

Coop Norge has disclosed plans to add a further 100 discount stores to its Extra banner this year, Norwegian news site Nettavisen writes. Of these, 10-20 will be brand new openings, with the balance being store conversions from other banners. Primarily, Norway’s second largest grocer will convert stores from its other discount chain Coop Prix, to Extra stores. Christian Hoel, Banner Director for Extra, has said that other stores that have been changed from Coop Prix to Extra have seen sales growth of 20 percent following the changeover.

Retailytics figures show that Extra is only the third largest discount banner in Norway. However, Hoel believes that his chain has the winning formula in terms of its assortment, pricing and customer engagement. The leading discounters in the country, Rema 1000 (Reitangruppen) and Kiwi (Norgesgruppen) revealed to Nettavisen that they plan to open 35 and 20 new stores respectively this year.

One Discount Banner is Enough

It makes sense for Coop Norge to continue converting Coop Prix stores to the Extra banner because of the economies of scale that can be realised from only operating one discount banner. The main difference between the formats is that the latter has a wider assortment of around 5,500 SKUs, which is something that Norwegian shoppers have appreciated. Coop Norge also needs to communicate that it is price matching the leading discounters which will be easier to achieve when it only has one banner (Extra) to focus on. Therefore, we expect that Extra will completely absorb Coop Prix in the long run. 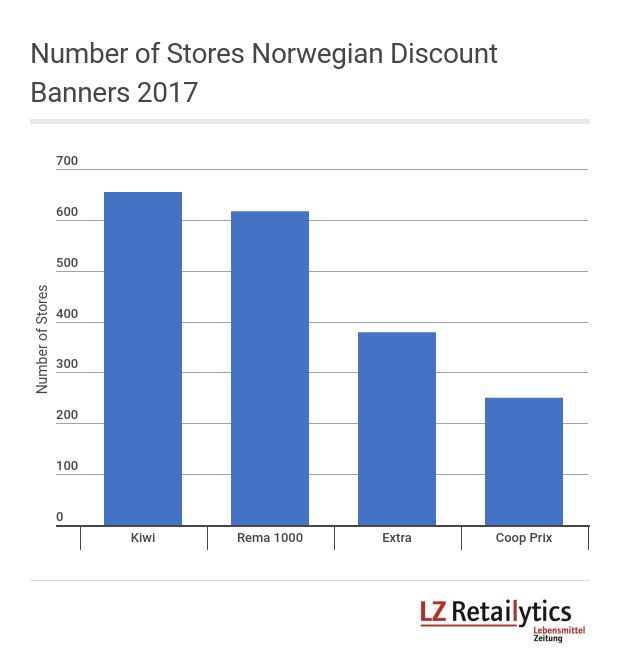 LZ Retailytics
By merging its discount banners Coop Norge could match the discount store numbers of its competitors
The expansion plans for this year announced by Rema 1000 and Kiwi illustrate the continued preference for low price concepts in Norway and the focus of the key retailers on the discount channel. However, in addition to the disclosed openings from the leading discounters we also expect some relocations and store closures. We still feel it’s important for Coop Norge to hold on to its core values and not use the Extra banner as its only means of defence against the discounters. Its structure and size leave it at a disadvantage in maintaining any long-term price leadership; so we therefore believe that its main focus should be to underline its sustainability profile and its wide fresh range. Lessons could be learned from another Scandinavian consumer co-operative, Coop Danmark which invested too heavily in its Fakta discount banner, only to then go on to close several of those stores in recent years.
Topics: Coop Norge (NO)