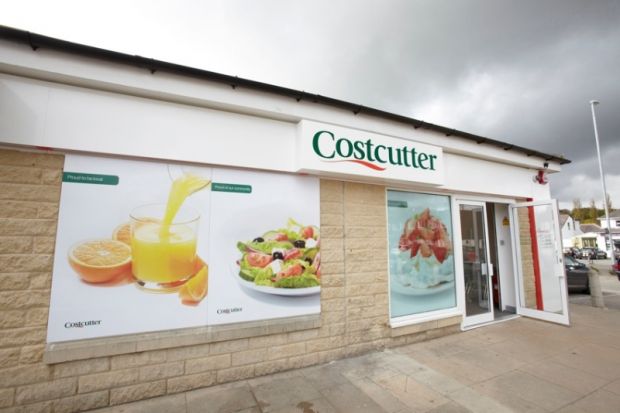 Photo: Costcutter
Costcutter is trialling finger scanning technology at a store in London

UK convenience retailer Costcutter is trialling a biometric payment system at a store in London, allowing customers to check out by tapping their finger on a reader connected to the POS. The store at Brunel University is the first retail store to begin piloting Sthaler’s Fingopay technology, which builds a 3D map of veins within a finger, creating a natural, encrypted, ‘personal digital key’.

Fingopay
Once shoppers are registered to use the system, it links their finger scan to their registered payment card.

The manufacturer says that the payment system is very suited to high frequency retail and claims that 80% of UK adults would be comfortable using biometrics to pay for goods.

At first view, Costcutter looks to be an unlikely partner to be at the leading edge of payment technology, but the convenience store franchise is aiming to position itself as the most digitally enabled symbol group in the UK. Costcutter already provides a ‘back office’ function to its retailers to increase efficiency and has invested in providing online toolkits and social media training, facilitating the group to run successful integrated campaigns.

The Fingopay fingertip payment system is for now a one-store trial by one of Costcutter’s franchisees. It targets young students and therefore in our view is likely to be adopted well in this particular location. The technology saves time for shoppers, although they need to register to use it, so it makes most sense in places where the same customers are frequently returning. Universities, bars and workplaces are all perfect locations for this.

Contactless payments have now become universally accepted across the retail landscape in the UK, but there is fierce competition for the next generation of digital payments. Many companies are looking to biometrics based on fingerprints or iris scanning, but there remain security questions as to how foolproof this is, whether customers would be willing to give away this information, and to how it would be stored. In countries such as Germany, privacy concerns would certainly be likely to lead to low adoption which would not justify implementation costs, although Apple and others are driving acceptance forwards. Other smart technology such as Amazon Go may eliminate the need to checkout altogether in future.

In the meantime the speedy finger payment system is likely to gain loyalty for Costcutter from its student population at Brunel University. This is a core group for the convenience retailer, which also launched its biggest ever Freshers Week campaign this week, handing out reusable cotton goody bags to new students to generate positive engagement opportunities and drive them into store.