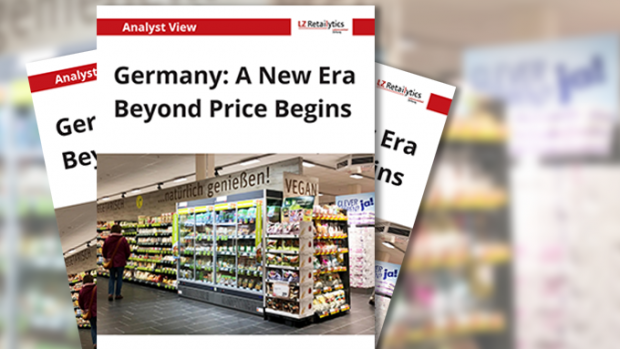 Photo: LZ
The 2017 ranking of the Top 10 grocers in Germany shows how the strong have been getting stronger.
The German grocery retail ranking for 2017 illustrates that the top retailers have been able to extend their lead, while many of the smaller players have found it difficult to catch up. Instead, many of the minor supermarket operators are being courted by leading retailers, namely Edeka and Rewe Group, who are trying to incorporate the last remaining players in whatever form is legally possible.

Uptrading efforts can be observed at the discounters and the supermarkets alike and will inevitably lead to higher pricing in the market. Despite higher prices, this development will only accelerate market consolidation since smaller players will not be able to afford the costly investment required to upgrade their store networks.

The long-term beneficiary of higher price levels and increased margins could over time be grocery e-commerce, since this extremely costly venture now becomes more attractive for new and existing players.