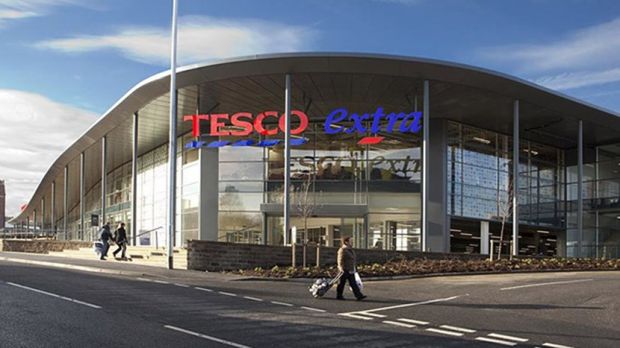 Photo: Tesco
Tesco is working to six strategic priorities and made good progress over the last 12 months in turning its business around

Tesco has reported a bigger-than-expected increase in annual profits as its sales grew for the first time in seven years. Annual profit reached GBP1.28mn (EUR1.56mn) and sales were up 4.3% to GBP49.9bn (EUR60.89bn).

In the UK Tesco’s like-for-like sales grew for the first time since 2010, up 0.9% overall and driven by food volumes which increased by 1.3% on a like-for-like basis. In Ireland like-for-like sales edged down 0.1% as the retailer invested in lower prices to maintain its market position. International sales in Europe were up by 0.9%, although the retailer pointed to a challenging six months in the CEE region, where Poland in particular remained an intensely competitive market.

Tesco’s Chief Executive Dave Lewis said that the retailer had made strong progress during the year on its “long journey” to recovery. The company continues to work to six strategic objectives: brand differentiation, reduced operating costs, cash generation, maximising its sales mix, releasing value from property and prioritising innovation.  Highlights for the year included margin improvements to 2.3% from 1.8% a year ago and total annual cost savings of GBP455mn (EUR555.23mn).

Tesco is showing itself to be resilient, as it moves forward with its strong recovery plan and draws a line under its troubled past. Just last month the company agreed to pay fines of GBP129mn (EUR157.42mn) to settle claims relating to its accounting scandal. It is planning to acquire Booker, expanding its convenience estate and giving it inroads into the cash & carry channel. Now it has reported the first year of sales growth in seven years and operating profit up 30% overall and 60% in the UK and Ireland. The company pointed to fresh food as a strong growth driver and has invested GBP300mn (EUR366.09mn) over the past year in its low priced ‘farm brands’ private label lines. Tesco finds itself now in a strong position, perhaps stronger than the majority of competitors, as it faces into economic pressures and some fierce competition in its leading markets.

Cost savings and efficiencies have been a priority and the retailer has been ruthless on this. It has been a necessity for Tesco, but it is now becoming a strength and new way of doing business. Other retailers can learn from its example. For instance, a range review across its Tesco Express convenience stores this year led to the company reducing the assortment by 46%, adding 19% in new products and clearing the aisles – with no negative impact on like-for-like sales which recorded 2.8% growth in the fourth quarter, and costs were reduced. The company has returned its larger stores to strong health by repurposing space – subletting to other retailers such as Arcadia and Holland & Barrett. In the Hackney borough of London the retailer has sold its store to the local council to build housing on top and will lease it back at a favourable rate. All of these are bold moves, driving innovation and efficiency into the business model of this supertanker.

Yet, there still remain challenges at Tesco. One is the market in Poland, where the company says it has seen a challenging six months affecting the CEE region and needs to deliver on its plans. Another is the general merchandise category, which remains unprofitable. A third is online, which is not only unprofitable but grew well behind its peers over the past year – by just 2.9% in grocery against a UK market average of 10-14% according to LZ Retailytics figures. These are areas where we can expect to see the retailer increasing its focus next.

Tesco has declared itself to be more “choiceful” in the decisions it is now making, according to Lewis. This includes thinking about the right categories to drive volume improvements and differentiating through own brands and innovation. In the face of UK inflation the company is aiming to maintain its focus on lower, stable, more consistent pricing with fewer promotions. And whilst it is not promising no price increases, Lewis told analysts that the company is in a strong position to “not let prices rise as much as everyone else”. Tesco is not completely out of the woods yet and will need to ensure it does not become distracted by its ambitious acquisition of Booker. However, the latest evidence suggests that the supertanker has turned around – and other retailers should certainly be taking note.